Home » Why do Customers Want to Reinvent OUR Wheel

Why do Customers Want to Reinvent OUR Wheel 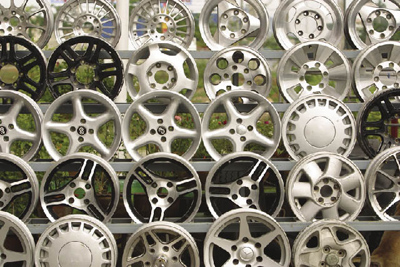 Over many years of being in the machine tool business, it has been interesting to observe the way we suppliers are forced to quote and sell machine tools to many large companies. Often, we put ourselves through all manner of contortions to win an order, and then—if we do win it—we have to face the eventual ramifications that exist because of that success. Why is this? The answer is very simple: CUSTOMER-SPECIFIC SPECIFICATIONS.

Many large companies have their own machine tool purchasing specifications, which typically include the following:

Once a request for quotation (RFQ) has been received, a supplier is lucky to get as many as 30 days to quote. Normally, it is less. Keep in mind that quoting to these specifications often involves a complete redesign of one’s machine, interfacing with unfamiliar suppliers and—because of the timeframe for quoting—a certain degree of guesswork. The end result is a quotation for machines which has some ingredients of conservatism, guesswork, assumptions and hopes that if the order is won, “it will all work out in the end.” Typically, it is a recipe for disaster.

Let’s review for a minute some of the specification requests and their impact on the machine supplier.

The seemingly simple quoting format. As suppliers we have all developed our own quotation formats, which present the machines and their options in a logical and understandable way. Now we are asked to quote in a totally different format with options being grouped and divided in such a way so that various supplier offerings can be, supposedly, directly compared. The end result involves many revisions until it meets the satisfaction of the customer. The cost of this extra work is rarely factored into the machine price, so it ends up being time and material that is absorbed. And so the diminishing profit margin begins.

Individual components for electric, hydraulic, etc. With the short time given to quote and the unfamiliarity with the component suppliers we have to use, it is impossible to get the same pricing levels per our normal component suppliers. In addition, there is a certain amount of trepidation in using unfamiliar components in our machines. All these unknowns will affect the reliability of our product and its reputation.

Operator screens (HMI). The basic function here is to try and make every machine’s startup the same in order for operators to be able to easily switch from one machine to another. However, after the startup screens have been navigated, it is impossible to make the screens the same for a hobber, shaper, machining center and lathe, etc. Therefore why bother? We, as suppliers, have developed screens to make the use of our machines as simple as possible. It seems to us that these special HMI screens only serve to complicate and confuse.

Extended warranties. The reluctance by the machine tool industry to offer warranties longer than a year for large companies is largely based on the fact that we have to use unfamiliar components, and we have a lack of knowledge about their reliability and maintainability.

These specifications, to which we are required to adhere, are updated periodically by our customers to an extent where it is not always possible to assume, because we have supplied machines before, that subsequent machines can be built to the same specifications. In addition, every large company has its own specifications. They are not the same.

We are sure that the selection of components to be used is born of suppliers’ lobbying or selling their individual wares to these large companies. Naturally the logic of installing large quantities of machine tools all using the same components is not lost on us as suppliers. The advantages of stocking spare parts, training employees and familiarity with components used are obvious. However, as suppliers we believe that these advantages never seem to be fully exploited, as requests for us to supply these customer-specific parts and to diagnose their faults are numerous.

The consequences, in many cases, are projects which result in much higher purchase prices for the customer; delivery delays through having to deal with unfamiliar component suppliers; redesign of standard products with new, supporting and sometimes inaccurate documentation; probably lower ma-chine reliability; and lower, if any, profit margins. Sometimes we are convinced that large customers do not want to purchase our machines but instead want a supplier to build their machines.

Is this article a complaint? I hope it is perceived more along the lines of presenting facts with the hope that changes for the better will be forthcoming, thereby avoiding the inevitable dissatisfaction on both sides.

Having made the aforementioned observations, it must be stated that there are large companies who do purchase our standard product. The reliability afforded them in this endeavor even encourages them to purchase the machines without any warranty, thereby lowering the purchase price. The companies with this vision employ our service at pre-negotiated rates with commitments to provide service and maintain the equipment at regular intervals. These companies also report back data regarding reliability and maintainability which is meaningful to us because it is what we manufacture and assemble on a daily basis. The advantages are constant product improvements which can be passed on to all customers, not to just a few.

Will the expansion and ever-increasing complication of these specifications ever cease? Probably not in the short term. There is, however, a glimmer of hope which is surfacing because of the unfortunate economic plight of some of these large companies. The desire to purchase capital goods at reduced prices and maintain a healthy supplier base is causing large companies to look again at the way they do business. Does hope spring eternal? As suppliers, we like to think so, because it is our desire to offer products in the full be- lief that they are the best that we can produce, with documentation which supports that fact.