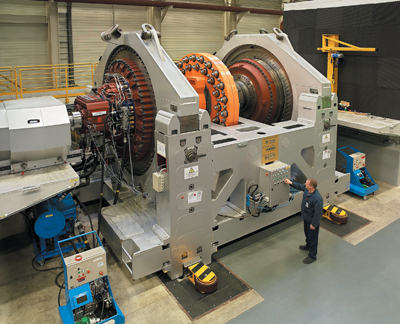 When Belgium-based Hansen Transmissions was under the ownership of Invensys plc in the late 1990s, the parent company was dropping not-so-subtle hints that the industrial gearbox manufacturer was not part of its long-term plans. Yet Hansen’s CEO Ivan Brems never dreamed that, less than a decade later, he would be working for an Indian company.

Rapid Expansion--All Over the Globe
In recent years, the company has focused much of its efforts on production capacity for wind turbines. In 2004, it opened an ultra-modern, 101 million euro, 120,000-m2 plant for wind turbine gearboxes in Lommel, northeast Belgium. The plant produces an annual output of 2,200 megawatts in gear drives, which, as Brems points out, is significant when one considers that a 1-megawatt wind turbine supplies energy for 750 households. 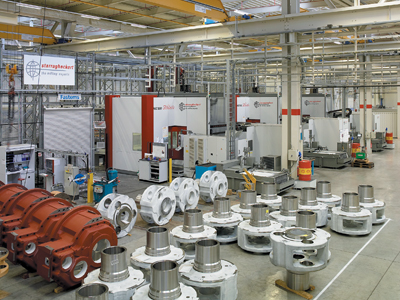 Where to Begin? A Template for Starting Operations in India
Despite the new ownership, day-to-day operation has changed very little for Hansen Transmissions.

“There was always a clear understanding that Hansen will continue to operate independently of the Suzlon Group,” says Brems. “When Suzlon bought us, they were not yet a customer of Hansen. We worked very hard to develop prototypes and gain Suzlon as a new customer. So there are two relationships at play here between the two organizations, one as an owner—but that is interfaced through a board of directors—and the second relationship of Suzlon as a customer, which is based on terms similar to other customers.”

Components are still entirely manufactured in Belgium, although this will change as production in India is ramped-up in the coming years. Where the partnership has paid off is in Suzlon’s access to Asian markets and high profile in the wind energy world. While numerous European companies have assembly centers in India, none can benefit from Suzlon’s wind energy network as well as Hansen.

This aside, India is geographically well situated to any business seeking access to the Asian market.

Although Hansen was partnered with India’s most prominent wind turbine name, hiring in this particular niche of the industry was somewhat of a challenge. Brems elaborates: “The good thing is that we’ve undergone heavy expansion in the past five years. I feel we have a good template for hiring. When we built the second factory in Belgium, we faced the task of hiring and training 300–400 people. At a very early stage, we realized that recruitment was going to be our greatest challenge. One idea that proved very successful was to undertake a lot of advertising and TV time promoting Hansen and reporting the progress of our factory and the wind energy business. What also worked well was going to local technical schools and organizing a contest, allowing local students to participate. We were looking for metalworkers and went to schools asking for a metal sculpture relating to energy and renewable energy. We ended up with 15 schools participating, held the drawing and an independent panel of judges decided upon the best three entries. We found employees that way and also exhibited all the winning objects in our factory.”

It was hard enough to find workers in Belgium, but the factory in India provided an entirely different set of challenges. Hansen was a step ahead of the game in that they had the relationship with Suzlon, who organized travel, found temporary offices, dealt with administration, helped find contractors and introduced Hansen to recruiting teams. Ultimately, Brems said, India has a different culture and the company anticipated difficulty with language barriers, time zones, etc.

Overcoming these obstacles was not as hard as one might think. Brems pointed out that language-wise, India is much easier to deal with than, say, China. English is recognized as the business language of India, so Hansen has never had to employ the services of a translator.

“The legal system in India is very much based upon what the English left behind in the 1940s. Since everything is rooted in the Anglo system, it’s very easy for an outsider to come in and understand the mentality and the logic.”

When establishing a global operation, hiring new people is only part of the job. Equally important is familiarizing the current employees in Belgium with the day-to-day realities involved in working with their Indian counterparts. To that end, Brems says Hansen has organized cultural training sessions for its European employees to create awareness of certain aspects of Indian culture such as the prevalence of vegetarianism and differences in religion. In the end, he hopes the entire operation comes together to expand the growth of the wind energy market.

“We believe that the future of the wind energy industry is just great. We’ve been a supporter of the industry in the very, very early days in Denmark in the ’70s and through some difficult periods in the ’80s. A great mental driver right now in Europe and the U.S. is the concern about energy supply. There is plenty of wind and political willingness to capture that source of energy and that’s a main impetus for future growth. India and China have an enormous need for energy, and one of the great advantages of wind energy is that it can be implemented very quickly, usually within a year or two without creating hidden costs caused by pollution. So we are highly optimistic.”