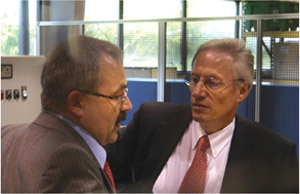 The AGMA Pavilion was a hot spot at October’s PTC-Asia Show in Shanghai, as evidenced by the intense quoting reported by the exhibitors. 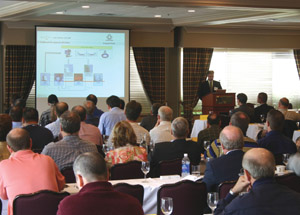 Joe Arvin, president of Arrow Gear in Downers Grove, IL, was pleasantly surprised to discover that he was one of the only aerospace gear manufacturers present in the group.

“We really stood out because, out of the twelve companies, Arrow was the only manufacturer of aerospace components. We were extremely pleased with the overall outcome of the show. We had a few hundred visitors stop by our booth and six companies promised RFQs. Within a month, Arrow Gear already received two of the six,” he says. 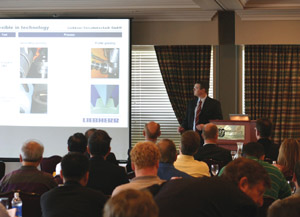 One of the most interesting parts of the experience was the fact that about one-third of the show’s engineers were women, says Arvin. The AGMA delegation visited several gear companies near Shanghai, and Arvin was impressed by the overall caliber of the employees. He reported that operators were earning $1.12 per hour and engineers/supervisors make approximately $2.24 an hour.

“The Chinese gear companies feel that they’re lagging behind the rest of the world. In truth, they’re catching up very fast. We visited one company that had equipment as good as ours, and Arrow Gear has about $2–3 million in new equipment.” 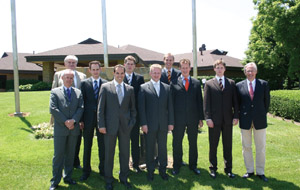 Brian Slone, business unit manager of metrology systems at Process Equipment Co. in Tipp City, OH, noted that the on-site visits to Chinese gear plants were one of the most useful parts of the Shanghai experience. Chinese gear manufacturers, he says, are attracted to the Process Equipment inspection systems’ ease-of-use, com-petitive pricing, technical service and Chinese-language user interface, which allows them to train operators quickly. 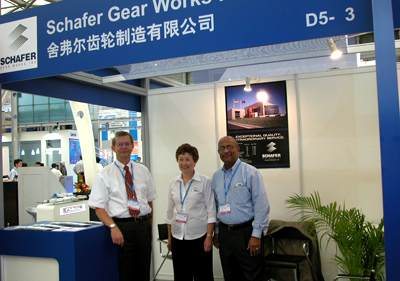 “In a market where reverse-engineering is no longer a dirty word, the unknown gear measurement program was also seen as a desirable tool. Above all, though, it was the Chinese language interface that reset the bar in their minds,” he says.