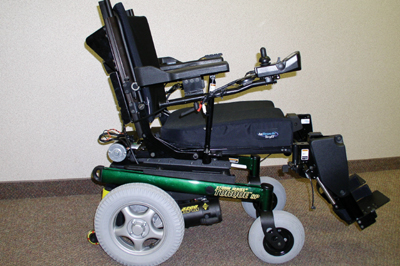 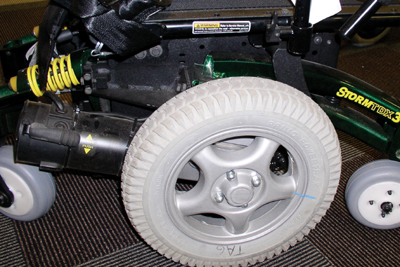 When Forest City Gear started manufacturing gears for medical components in the 1980s, it was a minuscule part of the company’s business. Today, the medical device industry represents 18-20% of Forest City Gear’s customer base, and those numbers seem to be rising.

Everett Hawkins, project manager/sales for Forest City Gear, says many of the spur and worm gears they manufacture perform in different medical devices in optometry, doctor’s equipment on the hospital floor or in physical therapy devices.

Gears likely will continue spinning in these devices in the coming years, due to growing medical needs of the aging Baby Boomer population. According to a report issued by the Census Department in 2001, the 51-55 year old age group increased by 55% from the time of the last census. The second fastest growing age group, at 45% ,was the segment aged 45-49.

Given these numbers, it’s easy to understand why medical devices--and by extension, their suppliers--are in such high demand.

Precipart Corp. manufactures gears, ranging from planetary systems to backlash assemblies, worms, spurs and helicals for all types of medical equipment, including various surgical and neurological pumps. Scott Alexander, director of sales and marketing for the company, is aware of the increased activity from medical component manufacturers in the last decade.

"When you think about it, medical technology seems to be the fastest-growing economic proof. That industry always is impacted very little by economic factors," he says.

Precipart’s sales to medical component companies has provided the impetus for the company to add new employees, equipment and processes to its business structure.

"We’re constantly growing. Also, we’re looking at potential acquisitions and expanding into value-added assembly areas. This entails taking the components and moving to the next level of assembly. We’ve found that if you can partner with the customers to allow them to increase their own capacity, that’s something they’re always receptive to," says Alexander.

Gears are Shrinking and Getting Quieter

End-use aside, one trend in the medical component industry is a move toward smaller sizes. Forest City Gear sells gears to the device market as small as 3/8".

In 2004, Ikona Gear licensed a gear drive design to a cast manufacturer and remarked on the same trend toward smaller gears. Vladimir Scekic, vice president for business development at Ikona, sums it up.

"People want the gear to work, yet they don’t want to know it’s there. So, size is always an issue."

One notable exception to this trend is the growing number of scanning-type devices that involve rotating machinery and require larger gears. Philips Medical Systems recently launched the Genesis GXL combination open PET/CT System with a 28" gear that encircles the patient to provide a spinning radiation source.

The machine combines high sensitivity required for faster imaging exams with 3-D reconstruction to provide a more accurate representation and location of events. An open gantry design allows the machine to function as one integrated PET/CT system or two independent imaging scanners.

Gears play a pivotal role in all of Phillips’ diagnostic imaging technology, says Bruce Lutheran, principal mechanical engineer. The scanner rotates at a precision speed to capture the image, and the gears facilitate rotation and ensure that the timing is exact.

Other branches of medical devices rely on gears as well. Aircast licensed the Ikona Gear design two years ago for the commercial launch of its elbow brace. In this case, the Ikona design works with the hinging mechanism, which enables the product to provide static and adjustable stretch with the option of complete range of motion. This is mostly utilized by patients after elbow surgery or who are experiencing elbow trauma. 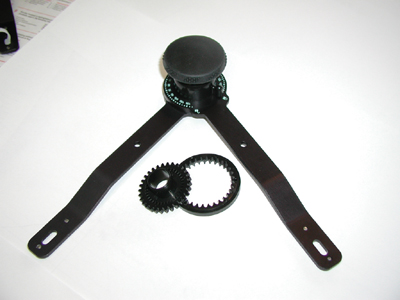 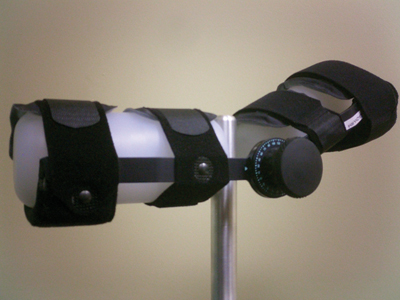 Aircast uses the Ikona Gear to provide elbow surgery sufferers with a full range of motion.

Regardless of the application, gear manufacturers report that working with medical component manufacturers requires more attention to detail to meet the often stringent quality requirements. Most of the gears that Precipart Corp. makes for the medical industry fall in the AGMA quality levels between 6-12. A variety of stainless steel alloys are used including 17-4 PH, 440C, 316, 303 and 304. Brass is common as well. Precipart estimates that about 75% of the parts it designs or manufactures have complex configurations, which creates challenges when working with any of the above alloys.

Alexander says, "To meet the performance requirement for the medical companies is an entirely different experience than for industrial manufacturing. In terms of quality and precision, the medical industry really gravitates toward higher-end components. In that aspect, it’s most like aerospace manufacturing."

One of their biggest concerns is noise. "As you can imagine, a wheelchair-bound person does not want to be noticed when they’re moving around or call attention to themselves when they enter a room. Durability is also an issue, but that’s not typically a problem. When the customer is out and about, we certainly want the chair to be at its best," he says.

Invacare is headquartered in Elyria, OH, and the company calls itself the leader of the $6 billion market for home medical products. Reports estimate that sales of the company’s wheelchairs, mobility aids, patient transport equipment, sleep therapy products, oxygen systems and other products have skyrocketed over the past 15 years.

Though the market in general is yielding unprecedented high sales, revenue in the last couple of years has tapered off slightly due to additional government regulations on the medical device marketplace. Invacare’s most recent challenge is a government initative to match the individual more accurately with the type of wheelchair being prescribed. The aim is to ultimately reduce the cost of Medicare by not over-prescribing.

One way that Invacare has offset the financial effect of the new regulations is by outsourcing some of its gear manufacturing business to Asia. Nedora says that the gearmotors they buy from suppliers are split almost evenly between domestic suppliers and the more economic off-shore suppliers.

Competing with the allure of cheaper overseas gear manufacturing is just one of the challenges that more traditional gear companies must surmount to succeed in this niche of the medical industry. Additional quality requirements present another, but with the medical device market surpassing the $100 billion mark in 2004, these hurdles seem like small ones to playing a part in this market of the future.