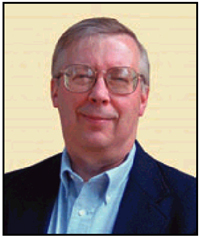 In the late ’60s, the "gearhead" lunch table at my high school spent several months discussing a classmate’s effort to "blueprint" the motor in his already powerful Oldsmobile 442. My childhood service as "bolt bucket boy" while my dad attempted to rebuild the family station wagon left me questioning the wisdom of taking apart a functioning muscle car to obtain a few more horsepower, but I was in the minority at the lunch table.

Articles in the various hot rod magazines we memorized spoke of optimizing cylinder wall clearances and improving surface finishes as if the benefits of such work were common knowledge. Many of us were taking drafting classes at the time, but the entire concept of "tolerancing" dimensions had yet to be introduced. I don’t remember it ever coming up in engineering school either.

Two things brought this memory to mind recently. First there was the photo of an Olds 442 on a muscle car calendar popular in our shop. Then there was the study in the Oct. 5 edition of Design News showing a certain Asian car with 127,000 miles to be "more reliable" than a brand new European luxury model. As it was generally acknowledged that the individual part quality of the European car was the best in the world, the study had lots of explaining to do. Almost as much explaining as the average quality engineer does when proposing a sizeable investment in non-chip-making assets at a gear company. This got me thinking about how engineers establish an appropriate tolerance for a specific feature on a part. How do we know what is "good enough" and what is "scrap"?

Aside from the obvious cost and schedule implications of declaring a part "scrap," an engineer’s tolerancing decision has a big impact on how a part is made and how much it costs. We’ve learned a lot about process capability in recent years, and modern machine tools are certainly more capable than those of old.

There are, however, limits to how consistently a diameter can be turned, and when a part requires more accuracy than those limits, an additional operation is required. Every additional operation results in extra production time, extra cost, and extra capital investment. As we can see from the luxury car mentioned above, tight tolerances do not, in and of themselves, ensure good operational performance.

Some organizations do a better job of determining what "works" and what doesn’t. Certain part features (such as bearing fits, seal diameters, and keyways) are covered by supplier or trade association standards. The engineer still has some work to do in determining which conditions apply to a particular part or assembly so that the proper tolerances can be extracted from the often-voluminous reference books. This is much easier than starting from a clean sheet of paper and subjecting yourself to the second-guessing of your manufacturing associates.

Unfortunately, not all part tolerances have been so thoroughly and scientifically studied. This puts the engineer in the position of balancing his perception of what the application "needs" against what the manufacturing people think they can "hold." A typical part drawing might have 10 or 15 such dimensions to argue about. My classmate’s big V-8 engine probably had several hundred "features" to be optimized with no way to know if the right decisions had been made until he crossed the finish line.

Consider something as simple as the outside diameter of a helical gear. The gear designer has a number in mind when he completes his calculations. The shop would like as much tolerance as they can get, including an allowance for "mismatch" should they decide to turn halfway across in one operation and finish in a second operation. Then the process engineer calculates the expected size change in heat treat.

All of this has to be considered before someone puts a size on the part drawing. A poor decision results in extra manufacturing cost; a terrible decision results in part recalls for interference with the mating part’s root diameter. A good decision goes unnoticed. Also unnoticed is the effect of tolerance decisions made on related parts. Would the root interference have occurred if the center distance tolerance had been tighter? If the whole depth of the pinion had been deeper? The possibilities for finger pointing are endless.

So what is an engineer to do? As we can see from the luxury car manufacturer, just applying tighter than normal tolerances to everything isn’t the answer. Becoming comfortable with third party tolerance standards is certainly part of the solution, as is understanding the process capability of your particular shop and being informed of the potential of newly available equipment.

Most important of all, in my opinion, is maintaining a questioning attitude towards each and every tolerance on each and every part. Just because you’ve always put a 125 AA finish on a gear outside diameter is not an acceptable reason for continuing to do so. Just because you’ve always used 0.125 divided by the normal diametral pitch as a maximum backlash doesn’t mean 0.130 won’t work.

During my first assignment as a detailer, the design engineer, who was an old-school curmudgeon of legendary temper, insisted that I have a reason for every single tolerance on a part. He didn’t appreciate answering the same question twice either, so I started keeping notes and retaining photocopies of reference pages he directed me to. Thirty years on, my "book of knowledge" has grown to a three-inch-thick ring binder that is still expanding.

The binder used to have a listing of tolerances for various features that seemed to work well, but the advent of spreadsheet programs has made it easier to look at the effects of loosening or tightening tolerances on the overall "stack-up" within a machine. This approach, according to the automotive study, is a key to getting better quality while helping to reduce part cost.

By studying tolerances on a system rather than on individual parts, the engineer can identify key interactions and actually take fewer measurements. It also helps you eliminate parts; when I saw how much money we were spending on shaft spacers and how much they contributed to length variation in shaft assemblies, it didn ’t take long to find ways to eliminate them entirely. Without spacers to interact with, gear blank widths no longer needed to be held closely; more cost savings resulted. The automotive equivalent was to make bodies from fewer but bigger panels. Fewer panels meant fewer welds and less rattles after years of service. Some shops take a more formal approach to building a "standard practice" database and incorporate it into their quality engineering systems. The important thing is to regularly re-visit your assumptions in light of changing technology and field experience. As an industry, we’ve spent far too much time checking chamfer sizes when we should have been looking at the big picture. No amount of quality control effort will make up for poor design or checking the wrong features.

Put your money where your problems are and never settle for "that’s the way we’ve always done it." That’s how the high mileage car got to be more reliable than the brand new luxury model, and that’s how my classmate collected a mantle full of trophies at the drag strip.

Charles D. Schultz, PE is chief engineer at Brad Foote Gear Works Inc., located in Cicero, IL. In the gear industry since 1971, he currently designs custom gearboxes and modifies standard ones, both for industrial applications. He’s also overseen the repair and refurbishing of several hundred gearboxes from different manufacturers. Schultz is author of An Introduction to Gear Design and of "Gearbox Field Performance from a Rebuilder’s Perspective," which was presented at the AGMA 1999 Fall Technical Meeting.