Home » The Global Gear Industry--What Does the Future Hold

The Global Gear Industry--What Does the Future Hold 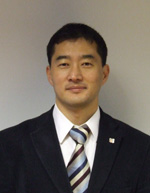 Understanding the differences of how the gear industry works in individual territories around the world is vital to any company that wishes to succeed on a global basis. Whether it’s simply recognizing cultural differences in the workplace or understanding the challenges each country is faced with—it is all essential to working on a global scale.

Different worlds, same challenge. At Romax, we spend time looking at the weaknesses and strengths of the gear industry within a region and understanding the challenges we face in each. Knowing the marketplace enables us to see the best opportunities for our software and consulting services, but it also gives us an indication of the state of the industry and where it’s heading.

In the United States, the gear industry often looks for software tools and consulting services to support, and sometimes even replace, the experience of engineers. Developing suffi cient knowledge with an understanding of design and manufacturing can typically take an engineer some 10 to 15 years. By this stage, engineers have often moved into management positions or they have retired, taking this knowledge with them.

Europe is similar with the exception of Germany, which is the market leader, where engineers tend to be specialized and take on more responsibility. While Europe and the United States are open to buying into expertise and technology, Germany has an industry supported by government and academia, and often solutions are found through government funded universities to work on specific issues.

Europe and the United States have traditionally focused on the established automotive industry and, as such, have a strong network of expertise to draw upon while the gear industries in China and Korea are developing their own techniques.

Korean manufacturers reach the production stages very quickly by acquiring the knowledge they need, whether they buy it or benchmark it. They go into production in a third of the usual time, which is one of their biggest strengths. Korea began with manufacturing electronic products and is now moving into the mechanical engineering sectors, in particular automotive and wind turbines. While China’s gear industry is similar to Korea’s, its working process is much slower, and it’s still developing its engineering skills. Manufacturing is easy for China, thanks to its domestic situation, but the country needs to develop its technological capabilities to take its engineering to the next level.

The biggest issue the industry as a whole must address is the global shortage of engineers and the growing lack of expertise. This is a problem common across all territories. Some, such as the United States, are suffering more than others. Germany is only beginning to feel the effects.

A frequent challenge we face is getting the industry to recognize the importance of the design process and how it impacts manufacturing, and as engineers retire or move up the management ladder so too does that knowledge and experience. Knowledge transfer and process integration are two key elements that address this issue and are core to Romax’s software and service offerings.

Environmental issues will shape the future of the gear industry. The pressure of lowering carbon emissions, combating climate change and ever increasing populations as well as traffic congestion and the higher costs of conventional fuels will help shape the future of the gear industry. We feel that there will be three key industries that are going to lead the way and are positioning Romax to be at the forefront of these.

Car manufacturers will continue to look for innovative ways to reduce the carbon footprint of their vehicles with the growth and development of hybrid powertrains and electric vehicles. This in turn will increase the need for quieter gearboxes, so NVH (Noise, Vibration, Harshness) will be a key area of development for the industry. Romax has already undertaken considerable work with major OEMs to develop quieter designs and resolve issues such as gear whine and rattle.

Meanwhile, the single largest growth area for the global gear industry is the energy sector. Over the last five to 10 years, the wind energy industry has developed from a government-backed initiative to a market-driven industry with explosive growth. Already wind energy has moved from being a niche market to a driver with more than 35 percent market share in spheroidal graphite cast iron. Since gears are the single most common cause of wind turbine failure, there will be plenty of opportunities for the gear industry to grow and develop within the wind turbine industry. Romax has launched the first industry-specific element of our RomaxDesigner software, RomaxWind, to meet the growing demand of our customers in Europe, the United States, China and Korea.

Finally, we think that the future growth industry will be integrated transport systems (light rails/trams, heavy rail/trains and high-speed rail, which countries with the largest populations and highest congestion, such as China, are already considering, and lobby groups elsewhere, such as the United States, are already pushing for.

With new markets opening up, the geographical shift in the manufacturing landscape, the development of quieter transmissions, the growth of the renewable energy and the resurgence of industries such as rail, Romax is busier than ever, and we see exciting times ahead for the global gear industry.