Home » Making it in Mobile 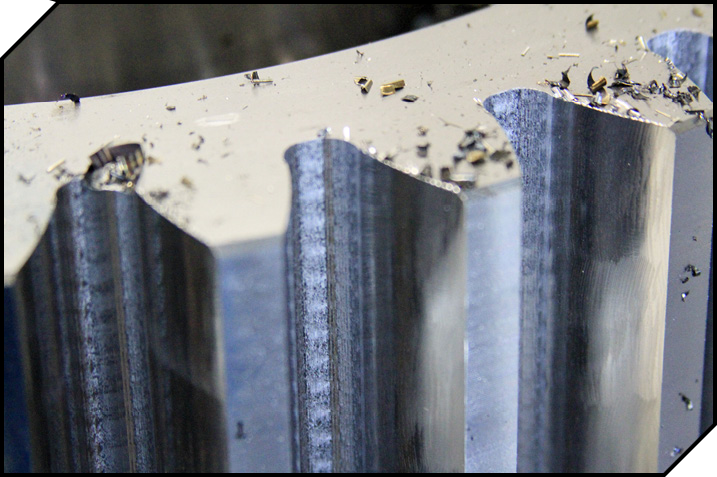 "If it's broken, bring it on in." That's the advice offered by Roy Parker, president and owner of Jones Welding Company Inc. Since 1911 (see sidebar) the Mobile, Alabama machine shop has enjoyed a reputation for taking care of whatever parts need fixing. It’s no wonder. With 11 Mazak CNC lathes and machining centers — several with 5-axis or multitasking capability — along with a full complement of gear hobbers and shapers, and a handful of skilled machinists to run them, Jones Welding (JWC) can deal with most anything that comes through its doors.

JWC sits not far from the Port of Mobile, the only deep-water port in the state. David Dearing, power transmission specialist at Jones, explained how the company benefits by its close proximity to the water. “We service much of the shipping industry in the area. There’s a lot of service and repair work, and quite often we have to analyze and reverse engineer one-of-a-kind parts through x-ray fluorescence analysis (XRF) to determine material types, CMM measurement in conjunction with SolidWorks to produce 3D models and assemblies, and 3D printing to build working prototypes.”

Aside from replacing the broken components found in cargo ships and container handling equipment, JWC also does custom work for the steel, chemical and paper industries. “We’re quite versatile,” Dearing said. “From close-tolerance parts you can hold in your hand to parts that weigh in excess of 10 metric tons, we've tried to position ourselves as a one-stop shop. Today we service whatever industry we can sell a product or service to.” Despite its extensive CNC capability, however, Dearing pointed out that JWC isn’t a production job shop, specializing instead on quick-turnaround, low-volume work. “An order for 50 pieces is a large quantity for us.” 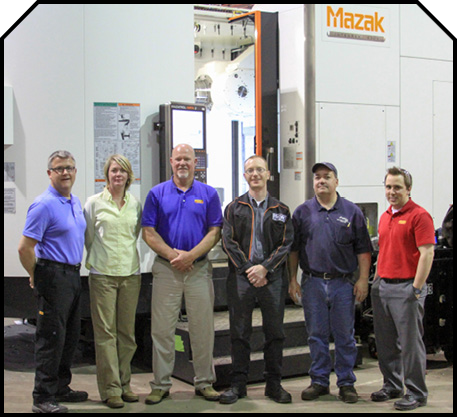 Many of those parts are gears. JWC’s equipment allows the company to cut gears between ½" to 88" in diameter. The problem, said Dearing, is tooling up for all those different gears. “Each gear profile requires a specific hob. At a few hundred bucks a pop, it can really add up.”

This means JWC invests in hobs that will quite possibly never be used again, a cost that is difficult to pass on to the customer. Adding insult to injury, many of JWC’s jobs are emergencies — when a plant is shut down because of a broken gear, the pressure is on to provide quick turnarounds as well as an ever-increasing level of precision. If the hob needed to cut that gear isn’t sitting in JWC’s tool crib, it frequently becomes necessary to overnight one in, further increasing costs and downtime.

JWC’s president is a big believer in continuous improvement. “We’re always trying to push the envelope,” said Parker. “That means increasing efficiency and production wherever possible.” Because of this, the company started milling gears on its 5-axis vertical machining center, using carbide end mills to interpolate the tooth form. “We’d rough out the slot, then come back with a ball end mill and profile the face. But the only way you can get decent part quality and surface finish is by using very small stepovers, similar to 3D machining a mold cavity. It’s very time intensive.”

Despite the long cycle time, this was still the best option for some jobs, short of ordering an expensive hob that might be used once. Parker knew there had to be a better way. As it turns out, he was right. “We first saw the InvoMilling process at IMTS, and again at Gear Expo in Detroit. We recognized it as a way to drastically reduce our tooling inventory and cut down on the time spent waiting for hobs.” Unfortunately, InvoMilling was only available on DMG/Mori equipment at that time, so adopting the modular tooling system would mean a move to new machine tools and controls. 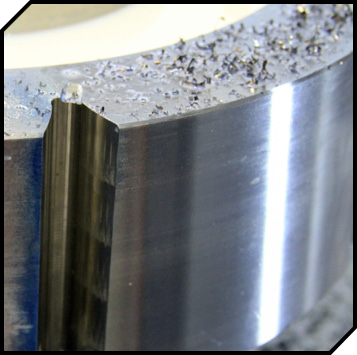 So when Parker received the invitation to Mazak’s 2013 Discover open house, he and his team boarded an airplane and headed to Kentucky. They were impressed by what they saw there. Mazak and Sandvik Coromant had recently reached a licensing agreement on InvoMilling, and before Parker left the show, he’d purchased the InvoMilling system and a shiny new Mazak Integrex i-630V Multi-tasking CNC to go with it.

"Over the past few years, we'd gotten much better at gear making with our CNCs. We decided it made sense to jump in all the way." What convinced him most is InvoMill's ability to cut the complete range of helical and spur gears — module 1 to module 12 — with just 3 cutter bodies. In addition, a cutter with carbide inserts would run at spindle speeds 3-4 times faster than the HSS hobs they'd been using, and take heavier cuts besides. "We knew the combination of InvoMilling together with the Integrex would give us a higher quality gear with a shorter cycle time."

Putting InvoMilling to the Test

The new Integrex arrived shortly after Parker and his team’s return to Mobile and they got to work. Supporting them was Mark Briel, application engineer at Sandvik. He helped JWC with the initial setup and programming of its first job for the Integrex — the replacement of a 1045 steel spur gear off of one of the port’s overhead crane systems. With a finished size of 18.9" diameter × 5.5" wide, there was plenty of metal to remove from the gear blank, giving machines and cutters alike a thorough test. 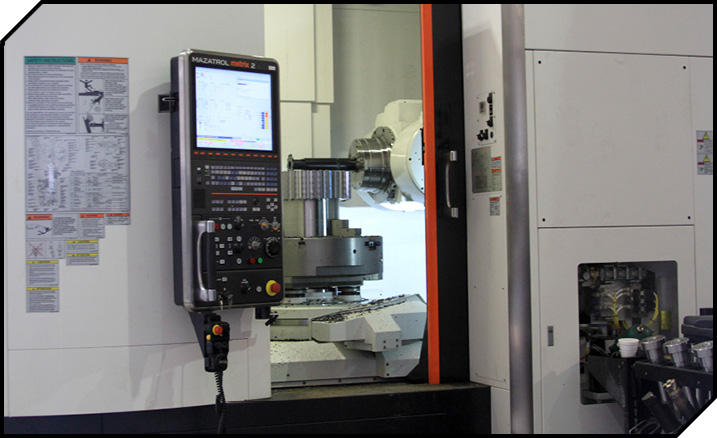 Briel recommended Sandvik’s PVD-coated 1030-grade carbide, an insert well suited for gear milling applications. “Because it was such a large module size, we used one of our 331 slotting cutters to rough out the gear form. We took one pass straight down the middle, and another pass for each of the flanks. Once the majority of the material was removed, it only took one InvoMilling pass to generate the completed involute gear form. All they had to do after that was sandblast, nitride treat and ship to the customer.”

Not every gear is this simple, Briel explained. Some customers will use InvoMilling to rough prior to heat treat and grinding, but it could also be used for hard milling heat treated material. “The processing is largely determined by the amount of material removed, how the gear is going to be used, and what AGMA grade is required.”

Parker explains that this first gear was a beta test of the Invomilling process, and that JWC has used conventional HSS hobs to cut this particular gear a number of times in the past. This gave them a good baseline for comparison. That said, he was unable to share the actual before and after cycle times, except to say it produced “a better gear in less time.” Dearing agreed. “The InvoMill’s radial cutting action allows you to plunge, mill and slot at the same time. There’s none of the back and forth profiling needed with an end mill. And we can use a greater portion of the cutter, reducing tooling costs. Compared to an end mill, it gives us a phenomenal increase in production rates.”

In all fairness to conventional hobs, Parker admitted they have their place, and many of JWC’s gears are still cut on manual machines. Quite often, this means set it and forget it — the machinist can walk away for a few hours while the hob does its work. The problem, Parker said, is that jobs at JWC have short shelf lives. “Customers come in and tell us their equipment has broken down. They need a new gear, maybe several of them, right now. Most of the time we can accommodate them, even if it means running the job overnight. But we can’t possibly keep every gear hob on hand, and they don’t have time to wait for us to order one.”

With InvoMilling, three cutter bodies and a few packs of inserts cover the lion’s share of gear profiles, without worrying about when the FedEx man will show at the door, or how many teeth that HSS gear hob will last. “There are only so many production hours in the day,” said Parker. “Our goal is to use efficient tooling and machines to produce parts more quickly, allowing us to get that much more through the door in a given time.”

Parker said JWC has invested in the future. Like many shops, production and customer service is their top priority. “Whether it’s for the steel mills or the shipping industry, we’re trying to stay ahead of everybody else. By becoming more efficient, we’re money ahead, and have time to move on to the next emergency. InvoMilling helps us do that. It’s an impressive tool, and an impressive process.”