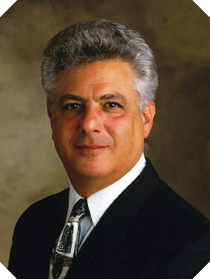 The other day I went to Starbuck’s and ordered my usual four shots of espresso, straight up. I know what you’re thinking: that’s a lot of caffeine, especially for someone as naturally energetic as I am. But after years and years, I may have built up a tolerance to the caffeine. I picked up the espresso habit as a much younger man, when I worked for Daldi & Matteucci (DEMM) in Italy back in the ’70s. And I’ve stuck with it ever since.

Anyway, when I received my cup from the barista, it felt a little bit light. I held it up and swished it around, asking, “Are you sure this is a quad?” The barista confirmed that it was, indeed, four shots, but told me that the company had recently recalibrated its machines to use less water.

I asked if I was going to be charged less because I was getting less coffee. The answer was no: the price remained unchanged. The barista explained that most people wouldn’t notice, because they order espresso as part of a much larger drink. When you’re ordering a 16-ounce caramel brulee latte, topped with whipped cream and caramelized sugar, a minor change in the amount of espresso probably doesn’t affect the taste much. And you’re still getting a 16-ounce drink. For me, though, the difference was obvious.

Initially, I felt cheated. I was paying the same price, but getting less. I thought it was a little underhanded what Starbucks was doing. If they had just raised the price, the change would have been obvious. In effect, they were raising the price, but in a way that seemed sneaky to me.

So I started thinking about ethics, competition and how you treat your customers.

Of course, this was just prior to the Super Bowl, and the sports news of the day revolved around deflated footballs and whether the New England Patriots cheated by deliberately deflating the game balls used in the AFC championship game against the Indianapolis Colts. Now I’m not saying whether they cheated or didn’t. The NFL investigation is still ongoing at the time of this writing, but they’ve been caught before. And whether their infractions have had a direct result on games or not, the Patriots are Super Bowl Champions. Again. The consensus among most fans I’ve talked to is that they probably stretched the rules a little bit.

Does this mean that — in the NFL, at least — bending the rules is OK? Is cheating the new best practice? More importantly, do Americans believe cheating is an acceptable means of achieving competitive advantage? In the case of the Patriots, the reward seems to outweigh the risk.

Perhaps the same is true in the case of Starbucks. After all, most people wouldn’t notice the change in formula. Maybe saving a little money where most people won’t notice is just good business.

But swallowing that pill leaves a bitter taste in my mouth.

Here at Gear Technology we believe in giving our customers more, not less. For our advertisers, that means we’ve worked hard to increase the reach of our magazine by adding circulation, expanding our online offerings and tapping into new and better ways of putting Gear Technology into the hands of more and more readers in more and more places. This year we’ve increased our electronic distribution by 5,000 recipients, thanks to our expansion of Gear Technology India. And yet, we haven’t raised our ad rates in more than five years.

For you, our readers, it means continuing to give you as much content as possible, every issue, and ensuring that it is as useful as possible. Our technical articles are still reviewed by industry experts to ensure their technical accuracy, relevance and significance. We write as many feature articles as possible, interviewing industry experts to bring you the insights you need to understand the trends and technologies in gear manufacturing.

Here at Gear Technology, you’ll never get deflated balls, and we’ll always give you the full cup of coffee.

Michael Goldstein, Publisher & Editor-in-Chief, began his career in the gear industry in 1964, when he joined his father at Cadillac Machinery Co., Inc. As a machine tool dealer specializing in Gleason bevel gear machines, Michael rose to prominence in the industry, with leadership roles in the Machinery Dealers National Association (MDNA), as well as the European Association of Machine Tool Merchants (EAMTM). He founded Gear Technology in 1984, and has been involved with the American Gear Manufacturers Association (AGMA) throughout his career. [50 years in the gear industry]