Home » On the Cutting Edge

On the Cutting Edge

On the Cutting Edge

Sentences that start off with some variance of “I don’t want to brag, but…” are generally a good indicator that it’s precisely what the speaker intends to do and typically end with bold proclamations that are immediately and eminently quotable — the kind of quotes perfect for beginning a feature story with an eye-catching artistic flourish.

“I don’t want to sound stuck-up, but…” began Hecht, the senior executive vice president for Oelheld U.S., “we are a business out of Germany and we are really rapidly growing here in the U.S. The reason for it is, you know, a lot of operations in Europe are using our product. Based on higher wages and social benefits, they have to operate on the cutting edge.

“That’s what’s happening to us here in the U.S. Word is spreading and companies are finding that our products are definitely worth the extra money. They increase productivity by up to 30 percent.”

OK, so maybe it’s not exactly Muhammad Ali and Joe Frazier trading barbs in Manila, but as far as smack talk in the cutting fluids community goes, this was off the charts.

Thirty percent. That’s a significant number, one that Hecht delivered with the ease and confidence of a man who fully believes it to be true. And if it is true, those in the gear industry utilizing cutting fluids are going to be pretty happy.

Oelheld fancies itself an “innovate fluid technology,” which, according to Hecht, isn’t a far cry from the truth. But if it’s not exactly that, then it’s at least a different one. Go ahead and Google it.

On the front page of its website there is a picture of a tiny chameleon, striped with all the colors of the rainbow, postured peacefully atop a beaker of green mystery fluid. Directly to its right — and no less out of place on a site for a lubrication company — is a photo of a shirtless man brandishing a katana.

Behold: This is how Oelheld does the Internet.

So it really shouldn’t come as a surprise that “different” is also how Oelheld does cutting fluids.

“Our latest product is our DiaMill HEF 1100, which is a high-performance cutting fluid,” Hecht said. “It uses a whole high-performance additive package for extremely high pressures. It makes this product very popular with high-speed operations.

“Since we are a European-based company, we are a little more careful with what we put in our additive packages. We have no chlorine in any of our products or any heavy metal additives. Nevertheless, we managed to reach or have better performance even without those harmful substances.”

The DiaMill HEF 1100 was released by Oelheld roughly three years ago but remains the company’s top cutting fluid product. It’s based on hydrocrack oils, has nearly no odor and is resistant to aging.

According to Hecht, DiaMill is also more physiologically safe than most other cutting fluids on the market because of its lack of damaging ingredients, which is the positive result of essentially being backed into a corner by stricter European guidelines, Hecht said.

“Basically, some of the environment and work safety specifications are a little tighter in Europe than here,” he said. “That’s basically the main reason. We were forced into it — but it does work very well. If you put your mind to it you can find solutions that work even better.”

“A lot of gear hobbing places use us in the United States. It’s also a tremendous product for cutting. It’s good for steel, aluminum and all non-ferrous materials, which are all the important materials.”

Then, for good measure, Hecht delivered his knockout punch, not with the sting of a bee, but with sophisticated German eloquence:

Just a southbound doggy paddle from Hecht’s home country of Germany across Lake Constance, tucked neatly in the frosted forests of Hasle-Rüegsau, Switzerland, is Blaser Swisslube, another European-based lubrications company with an aversion to the status quo.

“It’s a bit of misunderstanding about Europe,” Templin said. “Blaser’s headquarters are in Europe and we still sell a tremendous amount of chlorinated products. It depends where. For example, Italy and the United Kingdom have no issues with it. Some parts of Germany use chlorine quite a bit, it’s just more expensive to transport it.”

Still, that doesn’t mean Blaser is dumping chlorine in its products by the gallon all willy-nilly. On the contrary — its latest product, Vascomill CSF 35, which was first made widely available in the United States about a year ago, is as environmentally friendly and worksafe as anything else on the marketplace, according to Templin. 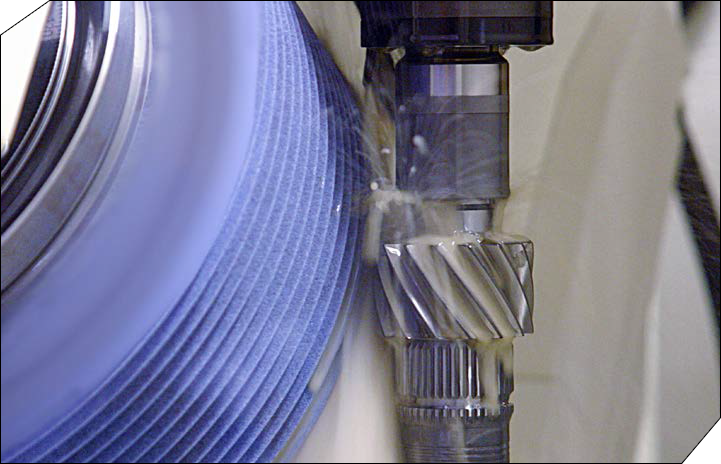 “Our Vascomill cutting oil has an ester-based stock,” he said. “The ester is derived from vegetable sources and it’s completely chlorine free.

“We found it really works well in gear manufacturing, especially with gear hobbing. Customers were having smoke problems and burnt chips. We go in there and eliminate the smoke and it really improved the tool life, as well. Or we were able to speed the machine up and get the production rate accelerated.

“It’s really a special oil with a very, very high flashpoint and very high lubricity.” Whereas Hecht was confident enough in Oelheld’s product to declare a 30 percent production increase, Templin’s statements on the matter were a bit more reserved and tempered — nonetheless, he was confident about an ability to make a significant improvement.

“It really depends on the customer’s application,” Templin said. “What kind of tooling they have, the way they run the tooling, the coating, the kind of oil they had in there before and how it was maintained. So it’s difficult to say every time you go in there you’re going to guarantee a certain percentage of productivity gain. Every customer will be different.

“At the same time, we’ve seen tremendous cases of success from tripling tool life to increasing the productivity on the throughput side by 5 to 10 percent.”

As several European-based upstarts continue to leak gradually into the American market, Cimcool — who likens itself as the “leader in fluid technology worldwide” — has had to swing back strategically in order to maintain its global positioning as “cutting fluid champ.” 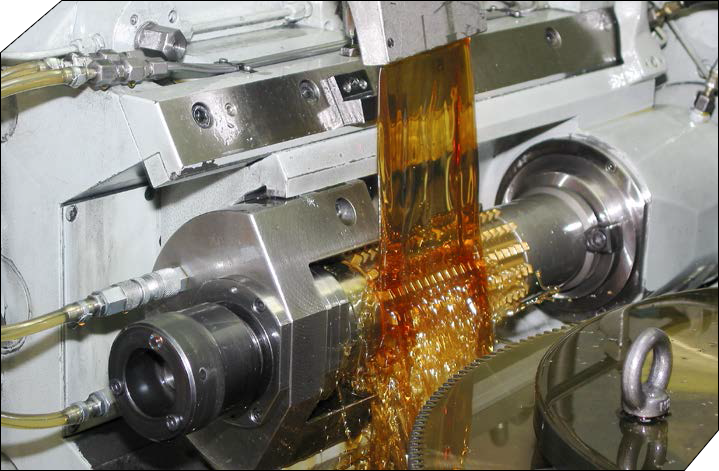 Its latest haymaker is its InSol lubrication, released in the fall of 2014.

“InSol technology puts lubricant at the cut zone-tooling interface so the lubricant and cooling are optimized,” said Bruce Koehler, product manager of Cimcool. “Since InSol technology works through controlled water solubility, this great performance lasts longer due to low depletion rates. Best of all, InSol technology can help out on tough-toprocess alloys without using materials that can drive waste hauling costs up.

“When you couple that with process savings, lower tooling usage and more productivity output, this is what manufacturers need to help control costs and improve efficiency.”

InSol is, like DiaMi ll and Vascomill, a chlorine-free lubricant. It’s composed of a blend of raw materials that have solubility ranges from limited to complete and, because the material is mostly water soluble, it virtually never depletes when regular makeup concentrate is added. 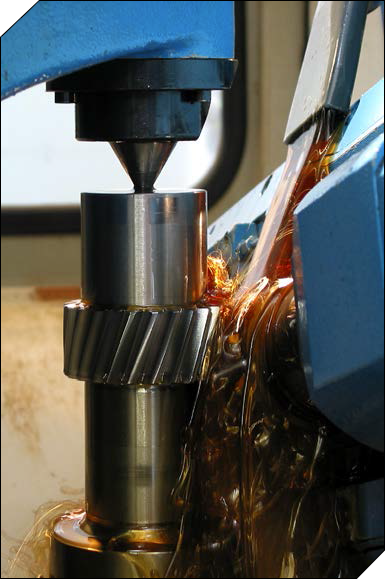 “The reason these new products are so special is that we have seen grinding ratios increase by 50 percent and cutting forces decrease by 30 percent or more, both of which drive productivity and cost savings for our customers,” Koehler said. “Imagine using a fluid that virtually looks like water that can increase your productivity so significantly.

The InSol technology is available in the Cimtech 300 and Cimtech 600 series, which also contain Cimcool’s Milacron synthetic lubricants.

Fluids containing the InSol lubricant boast “excellent multi-metal performance without the use of extreme pressure additives” and can increase productivity by “up to 20 percent when compared to chlorinated lubricants,” according to Koehler.

When looking at DiaMill, Vascomill and Cimcool’s cutting fluids containing InSol — three elite products from three of the industry’s leaders — there would seem to be no shortage of available lubrications to enhance and ease the gear manufacturing process.

The best part? They’re all different.