Mitutoyo America Corporation (MAC) has announced organizational changes. For the past 10 years, Shigeyuki Sasaki has provided leadership as vice president, executive vice president, and most recently, as president. His guidance has created a rich team environment with an emphasis on providing outstanding service to our customers throughout the United States and Canada. During his tenure as president, Sasaki oversaw expansion in virtually every department, as well as the opening of a new corporate headquarters and regional offices. As Sasaki enters his 40th year with Mitutoyo Corporation, he has been asked to join the team in Germany to support Mitutoyo European operations. Sasaki has assumed an advisory role within Mitutoyo Europe.

For much of the past 20 years, Matt Dye and Doug Adkins have worked together to provide sales management and corporate leadership at MAC. They have assumed new roles within the company and continue to focus on the same core principles and beliefs of providing strong customer service with a dedicated team of highly trained professionals.

Dye has been appointed president of Mitutoyo America Corporation. During his 21-year career, Dye has served as a distributor of Mitutoyo products and held various positions within Mitutoyo America. For the past five years, Dye has served as vice president of measuring instrument sales and technical services. During this time Dye emphasized the importance of customer service and worked to increase the skills and resources available to our sales division. With a background in distribution and strong support of our front line sales partners, Dye will continue to emphasize growth in product performance, individual skill enhancement and the importance of superior customer support.

Adkins has been appointed executive vice president of Mitutoyo America Corporation. Adkins's career started in the United States Marine Corps and has continued for the past 25 years in the industrial distribution sector, with 20 years in several different capacities at MAC, including his most recent position as vice president of distributed products. With experience in the high-volume small tool and major instrument line at MAC, Adkins will continue to fully support the growth of sales in the United States through Mitutoyo's established distributor network. 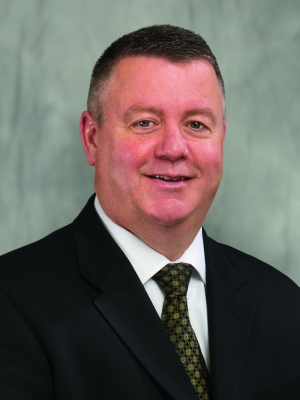