Gear Motions announces long-time employee Dan Bartelli has been promoted to director of operations of Nixon Gear, and Anna Pastore has been hired to the position of corporate controller.
This year Dan Bartelli is celebrating his 30th anniversary with Nixon Gear, a division of Gear Motions. This notable anniversary also comes with a well-deserved promotion; Bartelli has recently been promoted to director of operations.

Bartelli began his career at Nixon Gear in 1988 as a machinist where he distinguished himself as a quick learner and hard worker. He worked in a number of departments, and before long was promoted to lead machinist. From the shop, Bartelli moved to customer service where he demonstrated a natural talent for outstanding customer care. It was here that Dan established his skill for scheduling and planning and was promoted to master scheduler. In 2010 Dan was promoted to manufacturing manager and most recently to director of operations.

In his new role, Dan is responsible for all Nixon Gear Division Operations including manufacturing, quality, and engineering. He is an integral part of the management team, providing leadership and direction to the entire Nixon Team. With his guidance, the Team will continue to deliver high quality products, meeting and exceeding customer requirements and industry standards.
Additionally, Gear Motions recently hired Anna Pastore to join the company as corporate controller. Pastore brings a positive attitude and many years of finance and accounting experience to the team.
Pastore graduated with an MBA from Chapman University, and received an undergraduate degree from Lemoyne College. She previously served as director of finance for Cascade & Maverik Lacrosse, and vice president of finance of the produce and technology division at Agway. In her spare time, Anna serves on the Board of HumaneCNY Animal Shelter, and loves to travel. She is married, has two grown sons and a beloved dog.

Pastore is looking forward to using her experience and enthusiasm to grow the accounting department and help bring the company to the next level. 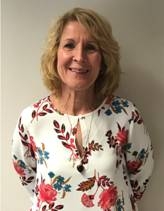