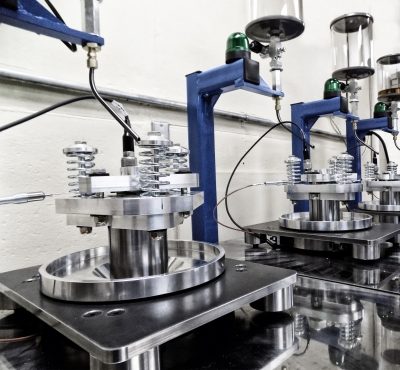 Charles D. Schultz
No Comments
Continuing our discussion of gear training…   What one book would you advise a newbie to purchase, read, and keep handy in the years ahe...
Read More

This is part II of a two-part paper that presents the results of extensive test programs on the RCF strength of PM steels.
Read More

Austempered irons and steels offer the design engineer alternatives to conventional material/process combinations. Depending on the material and the application, austempering may provide the producers of gear and shafts with the following benefits: ease of manufacturing, increased bending and/or contact fatigue strength, better wear resistance or enhanced dampening characteristics resulting in lower noise. Austempered materials have been used to improve the performance of gears and shafts in many applications in a wide range of industries.
Read More

In a modern truck, the gear teeth are among the most stressed parts. Failure of a tooth will damage the transmission severely. Throughout the years, gear design experience has been gained and collected into standards such as DIN (Ref. 1) or AGMA (Ref. 2). Traditionally two types of failures are considered in gear design: tooth root bending fatigue, and contact fatigue. The demands for lighter and more silent transmissions have given birth to new failure types. One novel failure type, Tooth Interior Fatigue Fracture (TIFF), has previously been described by MackAldener and Olsson (Refs. 3 & 4) and is further explored in this paper.
Read More
Free Gear Technology Subscriptions
Subscribe
Free Gear Technology Subscriptions
Subscribe
FEATURED VIDEO
RECOMMENDED