A Lesson in Workholding Fundamentals

Evolution of a Real-World Workholding Solution
Michael Weas
No Comments

Evolution of a Real-World Workholding Solution

And may you have the joy of passing something on…

Charles D. Schultz
No Comments
One of the reoccurring themes in our “origin stories” project is the willingness of people to school us in the sometimes confusing world of gears. ...
Read More

Beautiful on the Inside

Charles D. Schultz
No Comments
We have been devoting this year’s blogs to fundamentals. I frequently remind my clients that the gear geometry is the easy part of gearbox design. ...
Read More

Charles D. Schultz
No Comments
Not to worry — no politics here. The “backlash” I want to talk about is the “lost motion” in gear systems. It sometimes seems to rile people up alm...
Read More

The results of our Annual State of the Gear Industry Survey (See page 26) provided insight on 2016 as well as forecasts for 2017. Here is additional insight from some of the industry's leaders.
Read More

No, not that president! I mean Matt Croson, the new president of the American Gear Manufacturers Association, who started in June and has been busy getting to know the gear industry and AGMA's members.
Read More 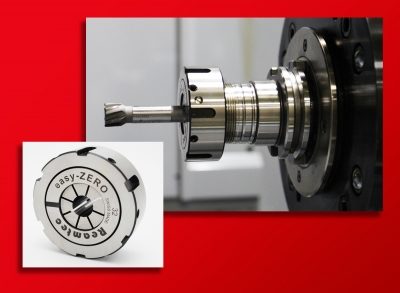 EasyZero runout compensation nuts quickly correct runout errors and misalignment for all round tools using ER collets, and will be featur...
Read More

News from Around the Gear Industry
Read More

Here is some history that bears repeating - or at least re-reading. So take a few minutes to give it up for a long-gone Brit named Henry Maudslay (August 22, 1771 - February 14, 1831) - also known as "A Founding Father of Machine Tool Technology." You might also consider him an early leader in inspection, as he also invented the first bench micrometer capable of measuring to one ten-thousandth of an inch.
Read More
Previous 1 2 3 Next
Free Gear Technology Subscriptions
Subscribe
Free Gear Technology Subscriptions
Subscribe
FEATURED VIDEO
RECOMMENDED