Listing of Booths at Gear Expo 2015

AGMA introduced ANSI/AGMA 2015â€“2â€“A06â€” Accuracy Classification System: Radial System for Cylindrical Gears, in 2006 as the first major rewrite of the double-flank accuracy standard in over 18 years. This document explains concerns related to the use of ANSI/AGMA 2015â€“2â€“A06 as an accuracy classification system and recommends a revised system that can be of more service to the gearing industry.

From a technological perspective, there typically aren't many EUREKA! breakthroughs in the "state of the gear industry" to report, and 2014 was really no different.

A look at Products being Presented at the Expo

The 2015 Gear Technology Buyers Guide was compiled to provide you with a handy resource containing the contact information for significant suppliers of machinery, tooling, supplies and services used in gear manufacturing.

How should we consider random helix angle errors fHÎ˛ and housing machining errors when calculating KHÎ˛? What is a reasonable approach?

Our goal at Gear Technology for the past 31 years has been to bring you the best possible technical information about gear manufacturing. We serve as the industryâ€™s educational resource, explaining the technology not only so that you can understand it, but also so that you can make use of it in your gear-related business.

When you look at the floor plan for the Cobo Center (Detroit, MI) from Oct. 20-22, the names on the lineup really shouldnâ€™t come as a great surprise.

Anyone even remotely involved with the gear industry knows that Gear Expo is B-I-G. Every two years, it is an invaluable opportunity for buyers, sellers and just-lookers to come together and glorify gearing.

From the Economics to 4.0 â€” Industry Leaders Have Their Say

Gear Technology's annual State-of-the-Gear-Industry survey polls gear manufacturers about the latest trends and opinions relating to the overall health of the gear industry. As in years past, the survey was conducted anonymously, with invitations sent by e-mail to gear manufacturing companies around the world.

It may not be widely recognized that most of the inspection data supplied by inspection equipment, following the practices of AGMA Standard 2015 and similar standards, are not of elemental accuracy deviations but of some form of composite deviations. This paper demonstrates the validity of this â€ścompositeâ€ť label by first defining the nature of a true elemental deviation and then, by referring to earlier literature, demonstrating how the common inspection practices for involute, lead (on helical gears), pitch, and, in some cases, total accumulated pitch, constitute composite measurements.

This article discusses applications of statistical process capability indices for controlling the quality of tooth geometry characteristics, including profile and lead as defined by current AGMA-2015, ISO-1328, and DIN-3960 standards. It also addresses typical steps to improve manufacturing process capability for each of the tooth geometry characteristics when their respective capability indices point to an incapable process.

The complete technical calendar from the March/April 2015 issue of Gear Technology.

This article is the fourth installment in Gear Technology's series of excerpts from Dr. Hermann J. Stadtfeld's book, Gleason Bevel Gear Technology. The first three excerpts can be found in our June, July and August 2015 issues. In the previous chapter, we demonstrated the development of a face-milled spiral bevel gearset. In this section, an analogue face-hobbed bevel gearset is derived.

At the mid-year point of 2017, it appears that the U.S. economy, and the manufacturing sector in particular, are gradually accelerating, with most markets seeing an upside breakout from the flat or down conditions of 2015 and 2016.

10 Exsys to Present its Line of Lathe Tools at CMTS 2015 (August 13, 2015)
Alongside their collection of gearboxes, Exsys Canada will be presenting the line of lathe tools they offer from Eppinger at CMTS 2015 at... Read News

14 PTG to Showcase Absolute Precision at CIMT 2015 (March 10, 2015)
At Stand No. W4-221, delegates looking to produce helical components will be able to find out more about Holroyd Precision’s gear, ... Read News

15 NIMS Awards Record Number of Credentials to Students and Workers in 2015 (February 1, 2016)
NIMS recently announced that it awarded a record number of credentials last year to individuals seeking to enter into or advance in jobs ... Read News

16 AMT Reports April Manufacturing Technology Orders Down 16.6 Percent from 2015 (July 18, 2016)
Manufacturing technology orders for April 2016 were down 27.5 percent from the same month a year ago, according to the latest U.S. Manufa... Read News 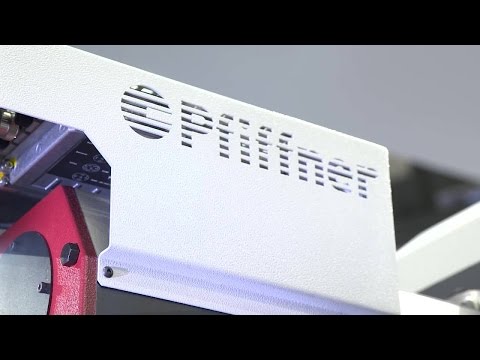