This is the first of a new series of Gear Technology profiles of individuals you should know in the gear industry.

The complete Product News section from the March/April 2019 issue of Gear Technology.

The complete Product News section from the May 2019 issue of Gear Technology.

What does the future hold for the global gear industry?

31 Skiving is Thriving on a Global Scale (January/February 2018)

The complete Industry News section from the November/December 2012 issue of Gear Technology.

At first sight the appearance of 5-axis milling for bevel gears opens new possibilities in flank form design. Since in comparison to existing machining methods applying cutter heads no kinematic restrictions exist for 5-axis milling technology, any flank form can be machined. Nevertheless the basic requirements for bevel gears did not change. Specifications and functional requirements like load carrying capacity and running behavior are still increasing demands for design and manufacturing. This paper describes the demands for gear design and gives an overview about different design principles in the context of the surrounding periphery of the gear set.

2 Klingelnberg to Acquire Hofler GmbH (July 12, 2012)
Klingelnberg GmbH, the German subsidiary of the Switzerland based Klingelnberg AG, intends to acquire the activities of Höfler ... Read News

10 Klingelnberg to Showcase Oerlikon G 30 Bevel Gear Grinding Machine at Gear Expo (September 9, 2015)
Klingelnberg will be exhibiting its capabilities with a presentation of cutting-edge technology “made in Germany” in the form... Read News

13 Klingelnberg to Introduce New Products at Control in Stuttgart (April 22, 2015)
Klingelnberg will unveil the P 16, a new solution for efficient measurement of small components, at Control Stuttgart 2015. From May 5-8,... Read News

17 Gear Expo Preview: Klingelnberg Booth 323 (August 20, 2013)
With the acquisition of the core business of Höfler Maschinenbau GmbH in 2012, Klingelnberg expanded its product portfolio with the ... Read News

18 Klingelnberg Awarded Documentation Prize (October 26, 2012)
The Klingelnberg Group has received awards for the second year in succession for the quality of its operating instr... Read News

21 Klingelnberg Opens Blade Grinding Center in Mexico (October 27, 2011)
In August 2011, Klingelnberg's Mexico site was moved to a new facility in Querétaro City. This investment is part of the compa... Read News

22 Klingelnberg Receives Innovation Award (December 28, 2016)
Unlike a number of companies in other industries, machine manufacturer Klingelnberg is banking on compatibility, not a self-contained sol... Read News

26 Klingelnberg Offers Latest Metrology Solutions (March 17, 2020)
For decades, users in a broad array of industries have relied on Klingelnberg’s proven measuring technology, which replaces up to s... Read News

28 Klingelnberg Adds Dates to 2020 Training Program (December 12, 2019)
As a system provider, Klingelnberg provides a wealth of knowledge to its customers through a wide array of seminars that are subdivided i... Read News

32 Klingelnberg Honors Employees for Years of Service (February 7, 2019)
At the start of each year, Klingelnberg’s executive management recognizes colleagues who have worked at the company for 25, 40 or 5... Read News

39 Klingelnberg Lays Foundation for Further Growth (February 13, 2013)
On January 29 of this year, the company signed a contract to purchase several lots in an industrial zone located in Hückeswagen, Ger... Read News

41 Klingelnberg P 16 G Precision Measuring Center to be Presented at METAV (January 11, 2018)
METAV, the International Exhibition for Metalworking Technologies, will mark its twentieth year as the innovation showground for manufact... Read News

46 Klingelnberg Mexico Celebrates 15th Anniversary (December 30, 2015)
November 17, 2015 was a very special day for the seventeen employees of the Mexican subsidiary in Querétaro City and their familie... Read News

47 CIMT Preview: Klingelnberg (February 25, 2019)
Since its inception in 1989, the China International Machine Tool Show (CIMT) has evolved according to show organizers to become a leadin... Read News

48 Klingelnberg P 16 Precision Measuring Center To be Presented at A&T Exhibition and Expomaq 2018 (April 5, 2018)
Innovative technologies in automated production and precision measurement - these have been the hallmarks of the A&T (Automation &amp... Read News 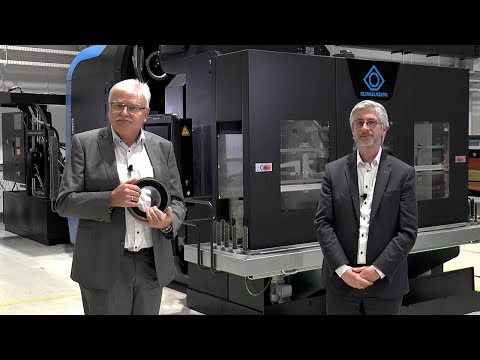 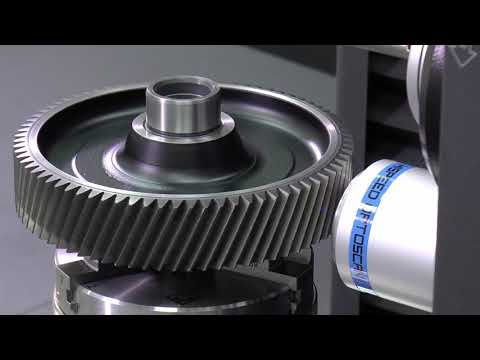