The following article highlights some of the new heat treat products, technologies and industry news articles that have come across our desks.

20 Solar Atmospheres Breaks Ground in California (May 19, 2010)
Solar Atmospheres, Inc. recently broke ground on May 3, 2010, for their new plant site in Fontana, California.  This new addition to... Read News

33 Solar Atmospheres Adds Tensile Testing to List of Services (January 11, 2018)
In a continuing quest to enhance customer service, Solar Atmospheres of Western PA has expanded its wings by adding another type of mecha... Read News

47 Solar Atmospheres Sees Optimistic Outlook for Titanium Market (November 16, 2010)
About 1,000 delegates from across the titanium industry heard an optimistic outlook from more than 100 experts on the titanium market, wh... Read News 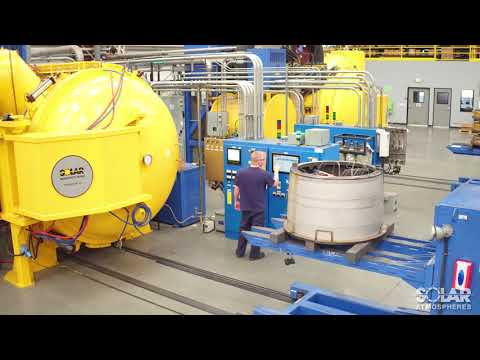