When a man looks into a mirror, the image reflects who he is today. But it also reveals who he used to be. Although appearances change, many of the underlying characteristics remain the same. The same is true with Gear Technology, as we celebrate our 20th anniversary and reflect on who we are.

Gear Technology magazine begins the celebration of our 30-year anniversary.

Publisher Michael Goldstein describes what it means to him that Gear Technology is celebrating its 30th anniversary.

4 The Past, Present and Future of Gear Manufacturing (June 2014)

The gear industry is full of storytellers. It's a niche market that boasts a remarkable cast of characters that have been sharing their stories with us for 30 years. In that time, the editors and staff of Gear Technology magazine have had the privilege to report the ins and outs of this highly-specialized industry. From technical articles to case studies and features, the main focus of this magazine has been to "provide a forum of discovery and innovation for you, the gear manufacturing industry." Our Publisher, Michael Goldstein, said as much in our inaugural issue of May/June 1984.

A look back at Gear Technology's first 20 years and how the gear industry has changed.

This is a very exciting year for AGMA as the organization celebrates its 100-year anniversary. In addition to the anniversary, AGMA President Joe Franklin, jr., who has done an outstanding job at the helm of AGMA for the last 25 years, will retire, and we welcome in our new AGMA President, Matt Croson, who will lead us into the next 100 years. The centennial kicked off in October with a dinner at the AGMA Gear Expo in Detroit and will continue throughout 2016 with a number of exciting events scheduled to celebrate this milestone anniversary.

Last year, Hot Wheels celebrated its 50th anniversary. While a writing gig in manufacturing and engineering probably sounded surreal to the 8-year-old version of this author, truth be told, he was obsessed with Hot Wheels and Matchbox toys for most of his childhood. Somewhere in a box in the basement thereâ€™s a 1967 Camaro and a 1953 Corvette that would still bring a smile to this face.

The 25th anniversary is the silver. The 50th is the gold. The 75th is the diamond. But what symbolizes the 100th?

10 The Nina, The Pinta, And The American Gear Industry (January/February 1992)

As Gear Technology moves toward its third anniversary, we feel that we have reached a point in our development where it is time to pause, reflect on our accomplishments and plan for the future.

On May 20, the city of Pittsburgh celebrated the 130th anniversary of the Duquesne Incline, a funicular railway that allows passengers to travel via cable car to an observation area and catch a panoromic view of the city andâ€”most importantlyâ€”get a birdâ€™s eye glimpse of the gear teeth in action.

15 Orwell Inc. Promises All Things Optimistic with the BBMS (June 2014)

This issue, our sixth, marks the 1st Anniversary of GEAR TECHNOLOGY, The Journal of Gear Manufacturing.

When I first met the leaders of the gearing industry in April 2016 at AGMA's 100th Anniversary Celebration, I did my best imitation of Joe Namath, who famously predicted a Super Bowl victory for his New York Jets: I guaranteed we would reach our 101st year!

5 EXSYS Celebrates 25th Anniversary (April 3, 2020)
EXSYS Tool Inc. celebrates its 25th anniversary this June. For a quarter-century, EXSYS has served as a supplier of CNC tooling and tool ... Read News

9 Allmatic-Jakob Offers Anniversary Kit (October 24, 2011)
Celebrating its ten-year anniversary as a member of the Jakob Group, Allmatic Jakob is offering its Titan TC clamping set with an extensi... Read News

18 Klingelnberg Mexico Celebrates 15th Anniversary (December 30, 2015)
November 17, 2015 was a very special day for the seventeen employees of the Mexican subsidiary in Querétaro City and their familie... Read News

20 Affolter Group Celebrates 100th Anniversary (July 31, 2019)
In 1919, Louis Affolter, the second child of the watchmakers Samuel and Marie-Louise Affolter, founded his own company and started to pro... Read News 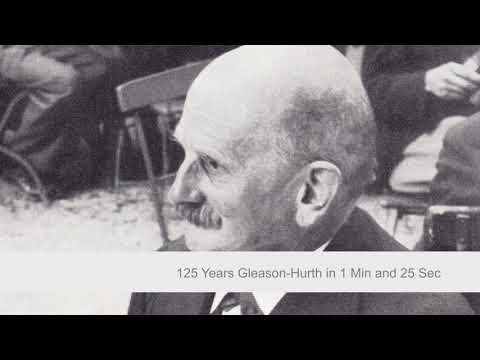