The gear industry lost one of its iconic figures in July when James Cervinka passed away at the age of 92. Jim was CEO and one of the founders of Arrow Gear. For 65 years, he was a gear man, and I canâ€™t help but feeling that his absence shrinks the gear industry by far more than the loss of just one man.

The complete Industry News section from the November/December 2014 issue.

The geometry of the bevel gear is quite complicated to describe mathematically, and much of the overall surface topology of the tooth flank is dependent on the machine settings and cutting method employed. AGMA 929-A06 â€” Calculation of Bevel Gear Top Land and Guidance on Cutter Edge Radius â€” lays out a practical approach for predicting the approximate top-land thicknesses at certain points of interest â€” regardless of the exact machine settings that will generate the tooth form. The points of interest that AGMA 929-A06 address consist of toe, mean, heel, and point of involute lengthwise curvature. The following method expands upon the concepts described in AGMA 929-A06 to allow the user to calculate not only the top-land thickness, but the more general case as well, i.e. â€” normal tooth thickness anywhere along the face and profile of the bevel gear tooth. This method does not rely on any additional machine settings; only basic geometry of the cutter, blank, and teeth are required to calculate fairly accurate tooth thicknesses. The tooth thicknesses are then transformed into a point cloud describing both the convex and concave flanks in a global, Cartesian coordinate system. These points can be utilized in any modern computer-aided design software package to assist in the generation of a 3D solid model; all pertinent tooth macrogeometry can be closely simulated using this technique. A case study will be presented evaluating the accuracy of the point cloud data compared to a physical part.

Most books related to the gear industry are more about the business side or the technical aspects of what we do.

James J. Cervinka and Frank E. Pielsticker must've known the future when they named their new business Arrow Gear Co. in 1947. They started out to manufacture gears for hand tools and machine tools, but their business has taken off since then.

9 Entrepreneurialism and Survival in the Global Market (July 2008)

Joe Arvin of Arrow Gear gives his insight on what it takes to succeed in today's gear industry.

The Millenium Outlook article in the January/February 2000 issue of Gear Technology explored the prevailing attitudes of the gear industry as it stands on the brink of the new millenium through the thoughts and words of some of the industry's leaders. The article also placed the gear industry within the framework of 20th Century history. Joe Arvin, President of Arrow Gear, was interviewed for this article and requested an opportunity to elaborate on his published comments. 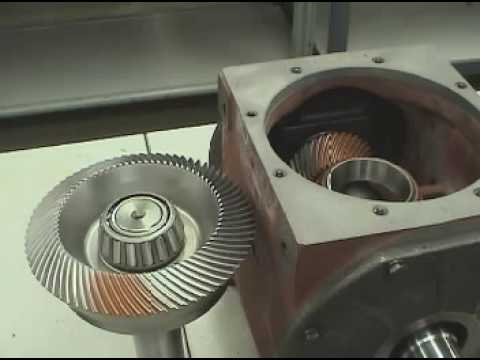