It's called GearHouse Brewing Co. It's in Chambersburg, a small town in south-central Pennsylvania. And it's fit for a gearhead. The bar/restaurant is decorated inside and out with more than 15 gears and gear blanks.

If you've read any business publications lately, chances are you've seen an article or two covering language and cultural barriers in the global marketplace.

The Forest City Gear booth at Gear Expo featured a wide variety of gears utilized in medical equipment, Indy cars, fishing reels, even the recently launched Mars Rover. Scattered among Forest Cityās products in Cincinnati were some unique gear sculptures created by an artist that finds more inspiration from the pages of industrial magazines than art galleries.

The term "blanking" refers to the initial metal cutting operations in the process planning sequence which produce the contour of a part starting from rough material. The scope of blanking is: To remove the excess material To machine the part to print specifications, except for those surfaces with subsequent finishing operations. To leave adequate machining stock for finishing operations. To prepare good quality surfaces for location and clamping of the part throughout the process.

This paper introduces mandatory improvements in design, manufacturing and inspection - from material elaboration to final machining - with special focus on today's large and powerful gearing.

9 No Compromising on Quality at Allison Transmission (July 2014)

We asked a few industry suppliers to provide some insight into gear manufacturers' supply chain challenges during the pandemic.

Base helix error - the resultant of lead and profile errors is the measured deviation from the theoretical line of contact (Fig. 1). It can be measured in the same way that lead error on a spur gear is measured, namely, by setting a height gage to height H based on the radial distance r to a specified line of contact (Fig. 2), rotating the gear so as to bring a tooth into contact with the indicator on the height gage, and then moving the height gage along two or more normals to the plane of action. The theoretical line of contact on helical gear must be parallel to the surface plate, which is attained by mounting the gear on a sine bar (Fig. 3).

An offshore jack-up drilling rig is a barge upon which a drilling platform is placed. The barge has legs that can be lowered to the sea floor to support the rig. Then the barge can be ājacked upā out of the water, providing a stable work platform from which to drill for oil and gas. Jack-up drilling rigs were first introduced in the late 1950s. Rack-and- pinion-type jack-up units were introduced soon after that and have dominated the industry ever since.

Observations while traveling through Hungary last November...this is a very ancient country; people have lived and worked here along the Danube River since early times, and change is just another piece of the landscape. Still, the collapse of the old Communist economy is one of the more remarkable phenomena in a land that has seen and lived under different versions of the "new world order" since the first barbarian invasions. The difference is that this time, the people themselves are working the change, and the results are exciting in their variety and effect.

This paper shows an experimental study on the fatigue lifetime of high-heat polyamide (Stanyl) gears running in oil at 140Ā°C. Based on previous works (Refs. 1ā2), an analysis is made correcting for tooth bending and calculating actual root stresses. A comparison with tensile bar fatigue data for the same materials at 140Ā°C shows that a good correlation exists between gear fatigue data and tensile bar fatigue data. This insight provides a solid basis for gear designers to design plastic gears using actual material data.

When hardened steel components are ground, there is always the possibility of damage to the steel in the form of residual stress or microstructural changes. Methods for detecting this sort of damage have always had one or more drawbacks, such as cost, time, complexity, subjectivity, or the use of hazardous chemicals.

A good sailor can predict when the weather is about to change. He uses simple tools to measure variables like air pressure, temperature and wind speed. Although those indicators can't perfectly forecast the weather, the sailor can get a good idea of what's going to happen by applying his experience, judgment and even his gut feelings.

Oliver E Saari was an engineer with two great professional loves in his life - writing and gear design, and he was devoted to each in their turn. The same original thinking that informed his fiction, giving life to tales of space exploration, the evolution of man, and many other topics, let him to become one of the great pioneers in gear design.

The auction has been held. The warehouse is bare. The computers and furniture are being packed, and Cadillac Machinery, the company started by my father in 1950, and of which I was president for more than 25 years, is close to being no more.

At the time I'm writing this editorial, the new year is barely two weeks old. The air and the papers are still full of those inevitable end-of-the-year estimates of how far we've come in one area or another and how far we have to go. Analyses of the future, both grim and humorous, abound. There are even more of these laundry lists of PROBLEMS TO BE SOLVED IMMEDIATELY than usual, since a new president will be inaugurated in a week or so. Everyone had advice for George Bush on what to do first and how to do it. Some of the advice is sound, and I hope he's listening; however, reading all these position papers can be a depressing exercise.

22 The Next Step in Bevel Gear Metrology (January/February 1996)

Richard Spens has been rebuilding antique machine tools for nearly a decade. He is drawn to the ornate architecture and fascinated by the open design that allows you to see inside a machine as it operates. "Working with machines has been a lifelong thing with me," said Spens, now a design engineer. "I started building steam engines when I was 10 years old." What he's working on now, however, is bigger than any steam engine or machine tool. In rural Livonia, Michigan, Spens is converting an old dairy barn into an accurate recreation of a turn-of-the-century, belt driven gear shop. It's an outgrowth of his interest in antique machine tools and, he feels, a way to stem the tide that is costing America so many manufacturing and skilled trade jobs.

26 Out of the Cave: Returning the Personal Touch to Business (March/April 2001)

Who knew what a few hundred bacteria could do with a little cooperation? Andrey Sokolov of Princeton University, Igor Aronson from the Argonne National Laboratory and Bartosz Grzybowski and Mario Apodaca from Northwestern University found out after placing microgears (380 microns long with slanted spokes) in a solution with the common aerobic bacteria Bacillus subtilis. The scientists observed that the bacteria appeared to swim randomly but occasionally collided with the spokes of the gears and turned them.

7 Timken Expands Round Bar Capabilities (March 6, 2007)
The Timken Co. announced that it has further expanded its rolled carbon and alloy steel round bar capabilities and can now produce a max... Read News

9 Röhm to Showcase Duro-TA XT Key Bar Chuck and Power-Grip Clamping System at IMTS (May 18, 2016)
At IMTS 2016 in Booth W-2528, Röhm Products of America will show its strength as a one-stop clamping and gripping supplier by presen... Read News 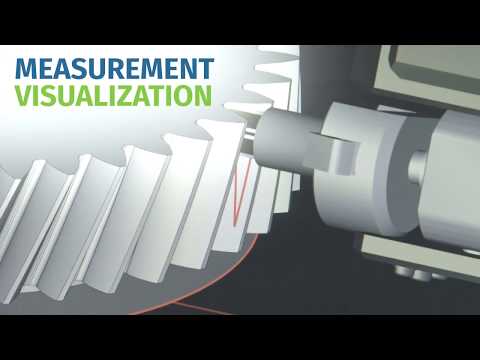 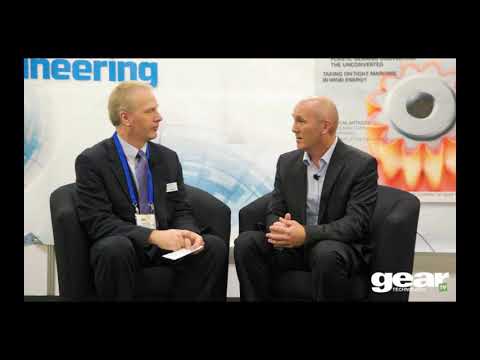