What's not to like about a more focused, user-friendly Gear Expo? Booth Previews.

2 Chiming in on Gear Noise: Three Experts Have their Say (August 2011)

Let's take a look at Cincinnati -- Henry Longfellow's "Queen of the West" and Ohio's third-largest city.

The Forest City Gear booth at Gear Expo featured a wide variety of gears utilized in medical equipment, Indy cars, fishing reels, even the recently launched Mars Rover. Scattered among Forest Cityâ€™s products in Cincinnati were some unique gear sculptures created by an artist that finds more inspiration from the pages of industrial magazines than art galleries.

It is with great anticipation that we move closer to AGMA's Fall Technical Conference and Gear Expo '87, which is being held on Oct. 4-6 in Cincinnati, OH. This bold undertaking by both AGMA and the exhibitors in the Expo's 160 booths is an attempt to make a major change in the industry's approach to the exposition of gear manufacturing equipment. By combining the Expo with the Fall Technical Conference, those involved in gear manufacturing will have the opportunity to review the latest equipment, trends, and most innovative ideas, while keeping up with the newest technology in the industry. 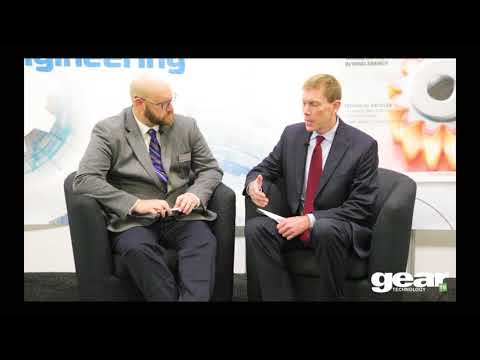