At Andrew Tool, CMMs have been an integral part of their manufacturing processes for years, but they had never faced a project with such intricate measurements, tight tolerances, heat treatments and a very short time frame requirement.

In today's production environment, a variety of different measurement devices is used to assess the quality and accuracy of workpieces. These devices include CMMs, gear checkers, form testers, roughness testers, and more. It requires a high machine investment and a high handling effort - especially if a full end-of-line measurement is needed. One approach to reduce quality costs is to include all measurements in one single machine that is suitable and robust enough for use in production.

You're already a veteran of the computer revolution. Only you and your controller know how much money you've spent and only your spouse knows how many sleepless nights you've had in the last ten years trying to carve out a place in the brave new world of computerized gear manufacturing. PC's, CNCs, CAD, CAM, DNC, SPC, CMM: You've got a whole bowl of alphabet soup out there on the shop floor. Overall these machines have lived up to their promises. Production time is down, quality is up. You have fewer scrapped parts and better, more efficient machine usage.

Gears are extremely complex shapes. Coordinate measuring machines, or CMMs, are designed to measure complex shapes. It seems to follow that CMMs world, therefore, be the ideal tool for measuring gears. But the answer is not so simple.

14 Wenzel Updates CMM Line (July 1, 2013)
Wenzel America, Ltd. is proud to announce a new series of improvements in their line of CMMs. The manual X-Cite CMM System has been overh... Read News 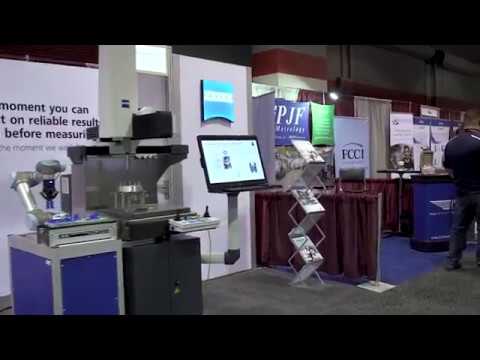