18 Gear Finishing by Shaving, Rolling and Honing, Part I (March/April 1992)

Fig. 1 shows the effects of positive and negative rake on finished gear teeth. Incorrect positive rake (A) increase the depth and decreases the pressure angle on the hob tooth. The resulting gear tooth is thick at the top and thin at the bottom. Incorrect negative rake (B) decreases the depth and increases the pressure angle. This results in a cutting drag and makes the gear tooth thin at the top and thick at the bottom.

The Pentac Plus is the latest generation of Gleasonā€™s Pentac bevel gear cutting system. It is designed to allow much higher tool life and improved productivity, especially for cutters using multiple face blade geometry.

This section will deal with the use of gear inspection for diagnostic purposes rather than quality determination. The proper evaluation of various characteristics in the data can be useful for the solution of quality problems. It is important to sort out whether the problem is coming from the machine, tooling and/or cutters, blanks, etc. An article by Robert Moderow in the May/June 1985 issue of Gear Technology is very useful for this purpose.

31 The Geometry of Helical Mesh (September/October 1997)

UNIMILL is a milling method for the manufacture of prototype bevel gears using end mills or disk cutters.

Contrary to what appears to be popular belief, 5-axis CNC gear manufacturing is not limited to milling with end mill, ball mill or CoSIMT (Conical Side Milling Tool ā€” it is the generic form of the Sandvik InvoMill and Gleason UpGear tools.) tools, where throughput is too low to prevent production at any significant level. Straight and spiral bevel gear manufacturing on 5-axis CNC machines using face mill cutters provides essentially the same throughput as conventional gear cutting machines ā€” with added benefits.

7 Controx-Neuhauser Saw Blades and Side Milling Cutters On Display at PMTS (February 24, 2017)
Controx-Neuhauser is presenting a full line of standard saw blades and side chip clearance saws suitable for a wide range of precision cu... Read News 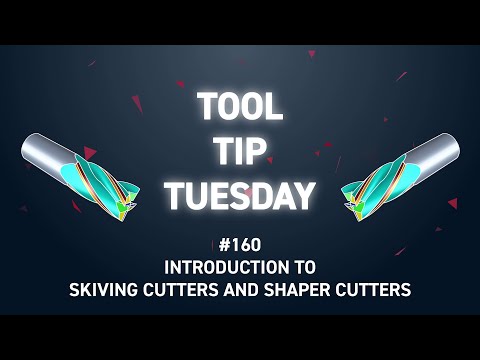