This paper addresses the lubrication of helical gears - especially those factors influencing lubricant film thickness and pressure. Contact between gear teeth is protected by the elastohydrodynamic lubrication (EHL) mechanism that occurs between nonconforming contact when pressure is high enough to cause large increases in lubricant viscosity due to the pressure-viscosity effect, and changes of component shape due to elastic deflection. Acting together, these effects lead to oil films that are stiff enough to separate the contacting surfaces and thus prevent significant metal-to-metal contact occurring in a well-designed gear pair.

The complete Product News section from the July 2018 issue of Gear Technology.

This review of elastohydrodynamic lubrication (EHL) was derived from many excellent sources (Refs. 1â€“5). The review of Blokâ€™s flash temperature theory was derived from his publications (Refs. 6â€“9). An excellent general reference on all aspects of tribology is the Encyclopedia of Tribology (Ref. 10). 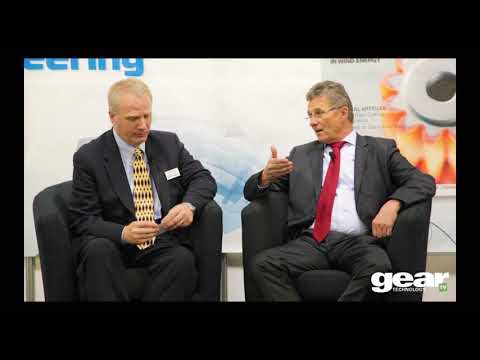