High demands for cost-effectiveness and improved product quality can be achieved via a new low pressure carburizing process with high pressure gas quenching. Up to 50% of the heat treatment time can be saved. Furthermore, the distortion of the gear parts could be reduced because of gas quenching, and grinding costs could be saved. This article gives an overview of the principles of the process technology and the required furnace technology. Also, some examples of practical applications are presented.

Gear gashing is a gear machining process, very much like gear milling, utilizing the principle of cutting one or more tooth (or tooth space) at a time. The term "GASHING" today applies to the roughing, or roughing and finishing, of coarse diametral pitch gears and sprockets. Manufacturing these large coarse gears by conventional methods of rough and finish hobbing can lead to very long machining cycles and uneconomical machine utilization.

This paper presents how low pressure carburizing and high pressure gas quenching processes are successfully applied on internal ring gears for a six-speed automatic transmission. The specific challenge in the heat treat process was to reduce distortion in such a way that subsequent machining operations are entirely eliminated.

The selection of the proper steel for a given gear application is dependent on many factors. This paper discusses the many aspects related to material, design, manufacture, and application variables. The results of several studies on the optimization of alloy design for gas- and plasma- carburization processing and reviewed.

When a customer needed gears delivered in three weeks, hereâ€™s how Brevini Wind got it done.

Suppliers are working hard to make sure their heat treating equipment is controllable, repeatable and efficient, and manufacturers continue to incorporate technology that gives heat treaters and their customers more information about what's going on inside the magic box.

â€śHighway vehicles release about 1.7 billion tons of greenhouse gases (GHGs) into the atmosphere each year â€” mostly in the form of carbon dioxide (CO2) â€” contributing to global climate change. The CO2 emissions of a car are directly proportional to the quantity of fuel consumed by an engine. In 2013, U.S. greenhouse gas emissions from transportation were second only to the electricity sector â€” an increase of about 16% since 1990.â€ť (EPA.GOV).

Effective case depth is an important factor and goal in gas carburizing, involving complicated procedures in the furnace and requiring precise control of many thermal parameters. Based upon diffusion theory and years of carburizing experience, this paper calculates the effective case depth governed by carburizing temperature, time, carbon content of steel, and carbon potential of atmosphere. In light of this analysis, carburizing factors at various temperatures and carbon potentials for steels with different carbon content were calculated to determine the necessary carburizing cycle time. This methodology provides simple (without computer simulation) and practical guidance of optimized gas carburizing and has been applied to plant production. It shows that measured, effective case depth of gear parts covering most of the industrial application range (0.020 inch to over 0.250 inch) was in good agreement with the calculation.

An offshore jack-up drilling rig is a barge upon which a drilling platform is placed. The barge has legs that can be lowered to the sea floor to support the rig. Then the barge can be â€śjacked upâ€ť out of the water, providing a stable work platform from which to drill for oil and gas. Jack-up drilling rigs were first introduced in the late 1950s. Rack-and- pinion-type jack-up units were introduced soon after that and have dominated the industry ever since.

The October 2011 issue of Gear Technology featured the article â€śLow-Distortion Heat Treatment of Transmission Components,â€ť which covered the combination of low-pressure carburizing and high pressure gas quenching in an automotive environment. Here, heat treating expert Dan Herring explains why oil quenching is an appropriate choice for many applications.

This article offers an overview of the practical design of a naval gear for combined diesel or gas turbine propulsion (CODOG type). The vibration performance of the gear is tested in a back-to-back test. The gear presented is a low noise design for the Royal Dutch Navy's LCF Frigate. The design aspects for low noise operation were incorporated into the overall gear system design. Therefore, special attention was paid to all the parameters that could influence the noise and vibration performance of the gearbox. These design aspects, such as tooth corrections, tooth loading, gear layout, balance, lubrication and resilient mounting, will be discussed.

22 How to Minimize Power Losses in Transmissions, Axles and Steering Systems (September 2012)

Often in life we're forced to make decisions with too little information. Phone's dead and you don't have access to GPS? Lost the instructions for assembling that new gas grill? Don't have the recipe for your favorite dessert? â€śNo problem," I often tell my wife or my kids, "I'll just use the Force."

4 Seco to Offer Oil and Gas Solutions at Houstex (December 11, 2012)
At Houstex 2013 in booth 1323, Seco Tools will showcase its oil and gas machining applications expertise, as well as its advanced tooling... Read News

6 Gleason Debuts Opti-Cut Tools for Gashing, Shaping and Hobbing (November 9, 2007)
A new family of cutting tools was recently introduced by the Gleason Corporation for the gashing, shaping and hobbing of gears. This new ... Read News

10 Seco to Spotlight Latest Tools for Oil and Gas Applications at HOUSTEX (December 15, 2014)
At HOUSTEX 2015 in booth 441, Seco Tools, LLC will highlight its latest threading, milling and turning cutting tools made to handle the m... Read News

13 Saint-Gobain Gaskets Seal in Temperature Extremes (January 19, 2005)
The OmniGasket from Saint-Gobain is constructed with a layer of PTFE adhered to an alloy base.According to the company's press releas... Read News 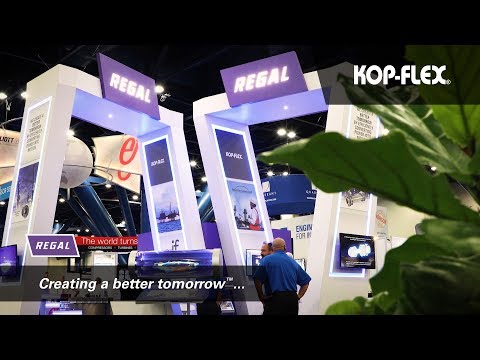 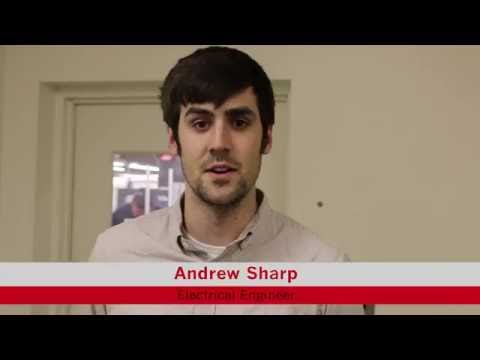 ECM USA
ECM Technologies started manufacturing heat-treatment furnaces in 1928. Since that time, ECM personnel have always been completely committed to extending their knowledge in the field of temperature control, high pressures, vacuum and the behavior of materials. This expertise, on an industrial scale, has always been enriched by our close partnership with furnace users, engineers, heat treat engineers and developers. Today, our knowledge base is at the core of all our customers' production lines. It is this concern for caring and listening, combined with our passion for our profession, which has forged ECM Technology and ECM USA's recognized spirit of innovation.

ABB Motors and Mechanical Inc.
From our home office in Fort Smith, Arkansas, we support the sales offices/warehouses that stock Baldor products worldwide, selling to distributors and original equipment manufacturers in more than 70 countries. Baldor products are available from 50 sales offices/warehouses in North America and 26 offices serving international markets. These products are produced at 26 plants in the US, Canada, England, Mexico and China.