1 Gear Research, The State of the Art (January/February 1985)

Gear research seems to be thriving. Between September 10th and October 17th, 120 papers about gears were presented at three conferences in Milwaukee, Boston, and Washington, to a total audience of about 400. The authors were from nine countries. Slightly more than half of the papers were prepared by authors who live outside the US and Canada.

The essence of designing gears is often by necessity risk-averse, given that many of them are used in applications where loss of life is a distinct possibility. The Gear Research Institute (GRI) at The Pennsylvania State University conducts risk reduction testing with the same goal in mind - whether it be gears in fighter jets, Ferris wheels, tanks, or countless other gear-reliant vehicles and machinery.

Aachen has long been the center of European gear research.

These are changing times for industry. Trauma and uncertainty are always a part of change, and change is not always for the better. Change is usually forced, most frequently by competition. Our competitive free enterprise system should be able to respond to competition because that's its basis. These are critical years. If we do not respond effectively to change and competition, it could be disasterous.

6 An Invitation To Be A Champion (November/December 1988)

Recent history has taught us that global competition has become tougher and is a major concern of American gear manufacturers from abroad have invaded American markets with products designed in an environment where management of technology has been practiced effectively. If American companies intend to compete in the changing world market, they must acquire the technologies that will allow them to do so.

If you've got a gear performance problem, the Gear Research Institute (GRI) is here to help you. Since inception in 1982, GRI has been a primarily industry sponsored, experimentation driven research facility. Whether establishing the fatigue life of gears or evaluating the impact of manufacturing processes on the performance of gears, GRI has pioneered methods and procedures for characterizing such properties that are accepted by the aerospace, vehicle and other industry sectors.

8 Oil-Out Endurance Under the Lens (January/February 2017)

Beginning with our next issue, some of the promised changes in format for Gear Technology will begin showing up in these pages. As part of our commitment to provide you with important information about the gear and gear products industry, we are expanding our coverage. In addition to continuing to publish some of the best results of gear research and development throughout the world, we will be adding special columns covering vital aspects of the gearing business.

Hoechst Technical Polymers has expanded its interests in plastic gears with the introduction of the new Plastic Gear Evaluation and Research machine P-Gear. The machine is the centerpiece of the company's continuing efforts to promote and develop the use of plastic gears in higher-powered applications.

In a capitalist society, the way things usually work is that government and academia focus on research and development, while industry focuses on commercialization. The result is an increasingly wide disconnect in the applied research sector, which deals primarily with technology development and demonstration.

In March 1989, the U.S. Trade Representative requested the U.S. International Trade Commission to conduct an investigation and prepare a report on the competitive position of the U.S. gear industry in U.S. and global markets.

In May of this year the U.S. International Trade Commission made public its Report to the President on the condition of the U.S. gear industry. This 200+ page document is the result of a two-year study by the commission, with the help of the AGMA staff and members. It is the most comprehensive and current analytical coverage of the industry conditions and tends presently available. Because of the importance of this report to the industry, GEAR TECHNOLOGY is devoting a good portion of this issue to reprinting the Executive Summary for our readers.

The popular perception today is that technological advancement is an engine running almost out of control. New products and processes are developing faster than we can keep up with them, as anyone who has had a new computer system crash into obsolescence practically before it's out of the box can tell you. But that's not the case everywhere. Transmission technology, for example.

Chicago- Results of recent studies on residual stress in gear hobbing, hobbing without lubricants and heat treating were reported by representatives of INFAC (Instrumented Factory for Gears) at an industry briefing in March of this year.

20 Chiming in on Gear Noise: Three Experts Have their Say (August 2011)

Delta Research bets big on the future of gear-making technology.

23 Steadfast and Streamlined: Can Lean Soften the Economic Blow (August 2009)

Two high-volume gear production cells grace the shop floor at Delta Research Corporation in Livonia, Michigan. Thanks to lean manufacturing, these cells have never shipped a defective part to a customer since they were developed over three years ago.

26 Knowing When Enough Is Enough (November/December 2015)

Detection of impending gear tooth failure is of interest to every entity that utilizes geared transmissions. However, it is of particular significance at the Gear Research Institute (GRI), where sponsored efforts are conducted to establish gear material endurance limits, utilizing gear fatigue tests. Consequently, knowing when a gear is about to fail in each and every test, in a consistent manner, is essential for producing reliable and useful data for the gear industry.

1 Gear Research Institute Introduces New Leadership Team (May 1, 2015)
GRI recently introduced its new leadership team, including Jack Masseth as president. Masseth has been on GRI's board for a number of... Read News 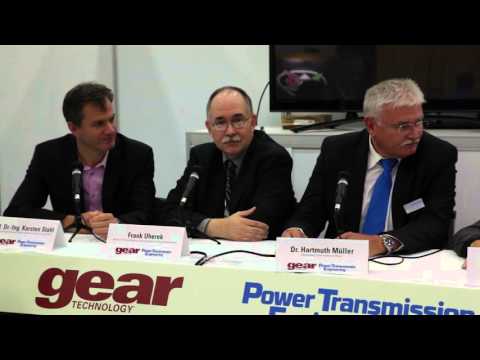 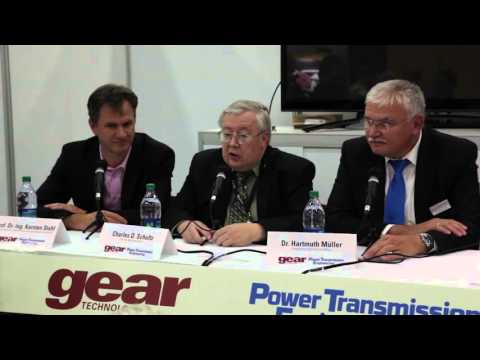 Ask the Expert Live - Ask Anything

FZG
The Gear Research Centre (FZG) is an integral part of the Faculty of Mechanical Engineering at Technische Universität München in Germany. Founded in 1951 by Prof. Dr.-Ing. E.h. Gustav Niemann, FZG now occupies a leading position in research, development and standardisation as the international competence centre for issues concerning mechanical drive technology. Since 2011 the institute is being led by Prof. Dr.-Ing. K. Stahl, following his precedessor Prof. Dr.-Ing. B.-R. Höhn.