Back around 2005-2010, the most exciting things that were happening in broaching had little to do with broaching. What was happening - and continues to evolve today - was the emergence of on-the-edge CNC, software and servo drive technology. Together, they practically transformed a metalworking process as old as water into a viable, alternative consideration for producing high-volume part runs.

10 No Compromising on Quality at Allison Transmission (July 2014)

Move over, Michael Jordan. While the Addendum staff is as proud as any other Chicagoans of our unbeata-Bulls, we confess to a soft spot in our hearts for the hometown's other championship basketball team: The Chicago American Gears.

Gear Technology speaks with David Goodfellow, president of American Pfauter, L.P., and Pfauter-Maag Cutting tools, L.P., to get his impressions about the state of the gear industry and its prospects for the future.

31 A Look at Intelligent Workholding and Toolholding (March/April 2018)

6 IMTS Preview: Hainbuch America (June 25, 2014)
The first is the patented CentroteX System, which allows changeover of any workholding device on a machine within five minutes while main... Read News 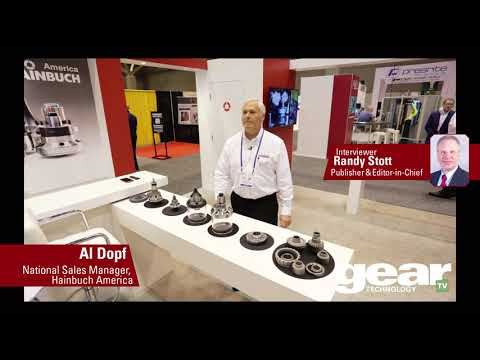 The Latest in Gear Workholding Technology - Hainbuch at MPT Expo 2021