The complete Product News section from the September/October 2019 issue of Gear Technology.

A transverse-torsional dynamic model of a spur gear pair is employed to investigate the influence of gear tooth indexing errors on the dynamic response. With measured long-period quasi-static transmission error time traces as the primary excitation, the model predicts frequency-domain dynamic mesh force and dynamic transmission error spectra. The dynamic responses due to both deterministic and random tooth indexing errors are predicted.

The complete Industry News section from the November/December 2019 issue of Gear Technology.

A categorization of digital activities and a perspective from Klingelnberg

A finite elements-based contact model is developed to predict load distribution along the spline joint interfaces; effects of spline misalignment are investigated along with intentional lead crowning of the contacting surfaces. The effects of manufacturing tooth indexing error on spline load distributions are demonstrated by using the proposed model.

34 Cutting Down On Labor Costs (January/February 1994)

40 The Process of Gear Shaving (January/February 1986)

Zerol bevel gears are the special case of spiral bevel gears with a spiral angle of 0°. They are manufactured in a single-indexing face milling process with large cutter diameters, an extra deep tooth profile and tapered tooth depth.

15 Walter Wear-Optimization App Decreases Wear on Indexable-Inserts and Round-Tools (May 10, 2016)
A new Walter app, which works on all current mobile devices and operating systems, enables users to identify all specific forms of wear o... Read News

22 Index Significantly Expands North America Team (November 14, 2018)
Index has announced the hiring of 15 new employees over the past five months, with 12 of those filling newly created positions. Represent... Read News

27 EMO Hannover 2019: Index Corporation (August 6, 2019)
At EMO 2019, Index will be showcasing a diverse array of its highly productive turning centers, as well as focusing on the role digitaliz... Read News

28 Index Hires Service Manager (October 30, 2019)
Index has announced the hiring of Matt Voyles for the role of service manager. In his position, Voyles will be responsible for overseeing... Read News

31 Index Names New President and CEO (September 16, 2020)
Index has named Cris Taylor as the new president and CEO of Index Corporation, effective January 1, 2021. Taylor will be taking over for ... Read News 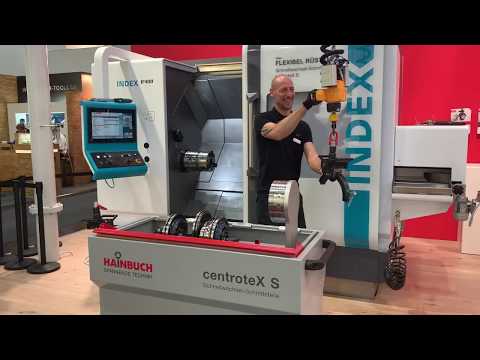