Publisher Michael Goldstein describes his experiences at the IPTEX 2012 show and the unveiling of Gear Technology India.

It's nice to see old friends. It's also advantageous to make new ones. Gear Expo has always been a family reunion of sorts, but it's first and foremost an opportunity to show off the latest and greatest technologies that are impacting the gear industry today. With this in mind, Gear Technology recently spoke with those responsible for putting the Fall Technical Meeting (FTM) and Gear Expo 2013 together in Indianapolis.

Indianapolis is a nice city. No. It's a great city for a convention. The facilities and the city are modern, clean and bright. The Convention Center is easy to get to by either car or plane, and its central location in the heart of town and the enclosed skyway system between it and major hotels put visitors close to amenities like restaurants, shopping and entertainment. The people are friendly and go out of their way to make visitors feel welcome.

India is rapidly turning into a global manufacturing hub, thanks to the countryâ€™s manufacturing and engineering capabilities, vast pool of skilled expertise and its size. These qualities offer it a strategic advantage for the manufacturing segment. A large number of international companies in varied segments have already set up a manufacturing base in India and others are following suit. It only makes sense to bring this industry segment together under one roof to discuss the current trends and technology prevalent to the marketplace. IPTEX 2012 is scheduled from February 9â€“11, 2012 at the Bombay Exhibition Center in Mumbai, India.

In India, â€śnamasteâ€ť is used as a common greeting. Although it translates literally to â€śI bow to you,â€ť itâ€™s often used the same way we use â€śhelloâ€ť or â€śgood-bye.â€ť Itâ€™s a phrase commonly exchanged between individuals when they meet, and itâ€™s also used as a salutation when they part. Iâ€™m using the phrase here because Iâ€™d like to introduce you to an exciting new project and venture for Randall Publications LLC.

This article gives readers a glimpse of some companies that manufacture gears in the Far East. We've talked with more than a dozen companies in India, Taiwan and Korea...

15 To Be Continued...Without Question (January/February 2020)

It's an ideal time for a pilgrimage to AGMAâ€™s Fall Technical Meeting and Gear Expo, which take place in Indianapolis.

Is economic relief on the way? This was the general consensus coming out of Indianapolis after Gear Expo 2009 closed its doors in September. Though the numbers were slightly downâ€”2,539 exhibitors and attendees compared to 2,992 in 2007â€”it appeared to be steady as she goes at the gear industryâ€™s biennial main event, good news considering the state of the gear industry since Gear Expo 2007 in Detroit.

It takes confidence to be the first to invest in new manufacturing technology. But the payback can be significant. That has been the experience at the Ford Motor Company's Transmission & Chassis Division plant at Indianapolis, IN, which boasts the world's first production application of dry hobbing.

Assorted thoughts while in a holding pattern over O'Hare... I recently returned from England where I spent time checking out the overseas markets and attending a machinery auction. Buyers came to this auction from all over - Germany, Italy, Switzerland, India, Australia, America - and the prices were astonishing. Often buyers were paying in pounds sterling the same amount or more than they would have paid in U.S. dollars.

Gear making and heat treating pair together like a fine cabernet and filet mignon. Now for the first time, the two industries are embracing this symbiotic relationship by co-locating their industry events this fall in Indianapolis. ASM Internationalâ€™s 2009 Heat Treating Society Conference and Exposition and Gear Technologyâ€™s favorite trade show, Gear Expo, are teaming up September 14â€“17 at the Indiana Convention Center in Indianapolis. 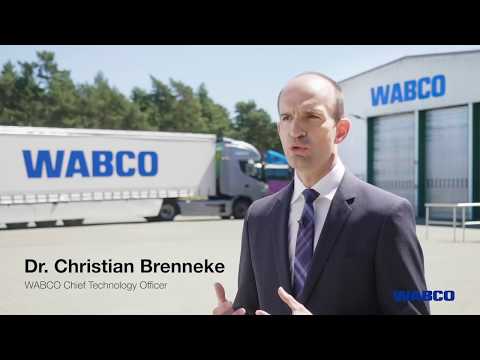 AGMA Media
Publishers of Gear Technology and Power Transmission Engineering magazines, as well as the websites www.powertransmission.com and www.geartechnology.com.