This paper will provide examples of stress levels from conventional root design using a hob and stress levels using an optimized root design that is now possible with PM manufacturing. The paper will also investigate how PM can reduce stresses in the root from transient loads generated by abusive driving.

Recently, there has been increased interest in the dynamic effects in gear systems. This interest is stimulated by demands for stronger, higher speed, improved performance, and longer-lived systems. This in turn had stimulated numerous research efforts directed toward understanding gear dynamic phenomena. However, many aspects of gear dynamics are still not satisfactorily understood.

An experimental effort has been conducted on an aerospace-quality helical gear train to investigate the thermal behavior of the gear system as many important operational conditions were varied.

How dynamic load affects the pitting fatigue life of external spur gears was predicted by using NASA computer program TELSGE. TELSGE was modified to include an improved gear tooth stiffness model, a stiffness-dynamic load iteration scheme and a pitting-fatigue-life prediction analysis for a gear mesh. The analysis used the NASA gear life model developed by Coy, methods of probability and statistics and gear tooth dynamic loads to predict life. In general, gear life predictions based on dynamic loads differed significantly from those based on static loads, with the predictions being strongly influenced by the maximum dynamic load during contact.

The first commandment for gears reads "Gears must have backlash!" When gear teeth are operated without adequate backlash, any of several problems may occur, some of which may lead to disaster. As the teeth try to force their way through mesh, excessive separating forces are created which may cause bearing failures. These same forces also produce a wedging action between the teeth with resulting high loads on the teeth. Such loads often lead to pitting and to other failures related to surface fatigue, and in some cases, bending failures.

One of the best ways to learn the ISO 6336 gear rating system is to recalculate the capacity of a few existing designs and to compare the ISO 6336 calculated capacity to your experience with those designs and to other rating methods. For these articles, I'll assume that you have a copy of ISO 6336, you have chosen a design for which you have manufacturing drawings and an existing gear capacity calculation according to AGMA 2001 or another method. I'll also assume that you have converted dimensions, loads, etc. into the SI system of measurement.

The implementation of powder metal (PM)components in automotive applications increases continuously, in particular for more highly loaded gear components like synchromesh mechanisms. Porosity and frequently inadequate material properties of PM materials currently rule out PM for automobile gears that are subject to high loads. By increasing the density of the sintered gears, the mechanical properties are improved. New and optimized materials designed to allow the production of high-density PM gears by single sintering may change the situation in the future.

Bridge cranes are among the most useful machines in many branches of modern industry. Using standard hooks or other specialized clamping devices, they can lift, transport, discharge, and stack a variety of loads.

The efficient and reliable transmission of mechanical power continues, as always, to be a central area of concern and study in mechanical engineering. The transmission of power involves the interaction of forces which are transmitted by specially developed components. These components must, in turn, withstand the complex and powerful stresses developed by the forces involved. Gear teeth transmit loads through a complex process of positive sliding, rolling and negative sliding of the contacting surfaces. This contact is responsible for both the development of bending stresses at the root of the gear teeth and the contact stresses a the contacting flanks.

Grinding in one form or another has been used for more than 50 years to correct distortions in gears caused by the high temperatures and quenching techniques associated with hardening. Grinding improves the lead, involute and spacing characteristics. This makes the gear capable of carrying the high loads and running at the high pitch line velocities required by today's most demanding applications. Gears that must meet or exceed the accuracy requirements specified by AGMA Quality 10-11 or DIN Class 6-7 must be ground or hard finished after hear treatment.

If a gear system is run continuously for long periods of timeâ€”or if the starting loads are very low and within the normal operating spectrumâ€”the effect of the start-up conditions may often be insignificant in the determination of the life of the gear system. Conversely, if the starting load is significantly higher than any of the normal operating conditions, and the gear system is started and stopped frequently, the start-up load may, depending on its magnitude and frequency, actually be the overriding, limiting design condition.

Most steel gear applications require appreciable loads to be applied that will result in high bending and compressive stresses. For the material (steel) to meet these performance criteria, the gear must be heat treated. Associated with this thermal processing is distortion. To control the distortion and achieve repeatable dimensional tolerances, the gear will be constrained during the quenching cycle of the heat treatment process. This type of fixture quenching is the function of gear quench pressing equipment.

22 Getting Started in Exporting (March/April 1993)

Exporting. It's one of the hot strategies for helping boost businesses of all kinds, gear manufacturing among them. With domestic markets tight and new markets opening up overseas, exporting seems like a reasonable tactic. But while the pressure is on to sell overseas, there is equal, justifiable concern about whether the move is a good one. Horror stories abound about foreign restrictions, bureaucratic snafus, carloads of paperwork, and the complications and nuances of doing business in other languages and with other cultures.

In the gearing industry, gears are lubricated and cooled by various methods. At low to moderate speeds and loads, gears may be partly submerged in the lubricant which provides lubrication and cooling by splash lubrication. With splash lubrication, power loss increases considerably with speed. This is partially because of churning losses. It is shown that gear scoring and surface pitting can occur when the gear teeth are not adequately lubricated and cooled.

2 Compact Haas Lathe Automatically Loads Parts (October 21, 2008)
The SL-20APL from Haas Automation is capable of automatically picking up parts from an external tray and loading them directly in the l... Read News 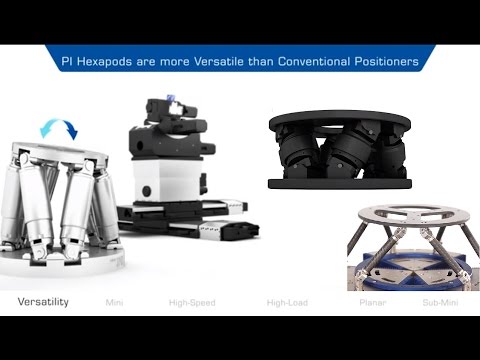