Gear on a mountain, you say? How can that be? Someone must be stricken with a bad case of altitude sickness to create that sort of delusion. What‚Äôs next, gears in space? On a glacier?

Last month I attended a meeting in Mexico City sponsored by CIATEQ, a quasi-governmental organization in Mexico, which has as one of its aims the encouragement of the growth of the gear industry in Mexico. The purpose of the meeting was to provide a catalyst among the attendees to form a Mexican equivalent of AGMA and to encourage an alliance with AGMA. Joe Franklin, the Executive Director of AGMA, Bill Boggess, the President, Vice-President Ray Haley, and I were among the few Americans at the meeting.

Mission: Competing to Win Like a lot of people, I grew up seeing the world as fairly flat and believing that everything of importance happened in Texas. As I grew older, my outlook grew to include the United States, Canada, and Mexico. The rest of the world did not seem very important, if it existed at all. Unfortunately, I was not alone in this very narrow view. Many other in the gear business shared this perception.

His resume reads like that of many gear engineers of his generation: the stint in the army during World War II; the break for college in the late 40s; deliberately vague descriptions of projects for the Air Force in the New Mexico desert in the early 50s; the corporate engineering jobs later on in the decade.

6 Klingelnberg Mexico Celebrates 15th Anniversary (December 30, 2015)
November 17, 2015 was a very special day for the seventeen employees of the Mexican subsidiary in Querétaro City and their familie... Read News

8 Klingelnberg Opens Blade Grinding Center in Mexico (October 27, 2011)
In August 2011, Klingelnberg's Mexico site was moved to a new facility in Querétaro City. This investment is part of the compa... Read News 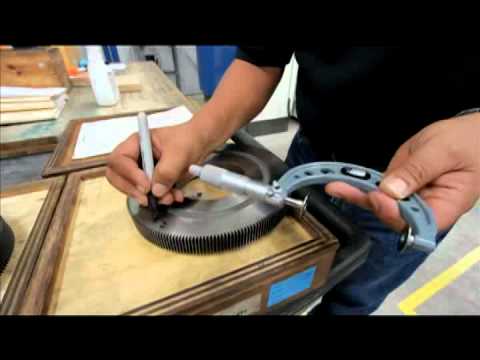