With all the work in transmission development these days, the demand for automobile transmission gears should remain strong for several years, but suppliers will have to be as flexible as possible to keep up with the changes.

News from the major automakers and transmission suppliers.

Remembering Panhard and Levassor, the company that invented the first manual transmission.

8 Keeping it in the Family (November/December 2014)

In this online-only exclusive, we present a profile of Jones Welding Company.

Zero to 125 MPH in five seconds. Maximum speed of 211 MPH. Seven-second pit stops. Formula One racing is a high-adrenalin sport - one which demands peak performance from drivers and machines alike.

Relic of an era when quality was an afterthought.

12 Before the Bookmobile, there was the Bookwheel (September/October 2020)

Agostino Ramelli was a 16th-century Italian military engineer of some note who designed many machines and other contributions used in the go-go Renaissance period, including cranes, grain mills, and water pumps. But his most compelling apparatus was a real mindbender - a revolving wooden wheel with angled shelves that allowed users to read multiple books at one time.

The implementation of powder metal (PM)components in automotive applications increases continuously, in particular for more highly loaded gear components like synchromesh mechanisms. Porosity and frequently inadequate material properties of PM materials currently rule out PM for automobile gears that are subject to high loads. By increasing the density of the sintered gears, the mechanical properties are improved. New and optimized materials designed to allow the production of high-density PM gears by single sintering may change the situation in the future.

Powder metallurgy (P/M) techniques have proven successful in displacing many components within the automobile drive train, such as: connecting rods, carriers, main bearing caps, etc. The reason for P/Mâ€™s success is its ability to offer the design engineer the required mechanical properties with reduced component cost.

Precision gears play a vital role in today's economy. Through their application, automobile transmissions are more compact and efficient, ships sail faster, and diesel locomotives haul more freight. Today great emphasis is being placed upon the reduction of noise in all gear applications and, to be quiet, gears must be accurate.

Attempts to eliminate mechanical drive trains in automobiles and trucks have had limited success because of cost, weight, dynamic characteristic, and efficiency of the alternative components. 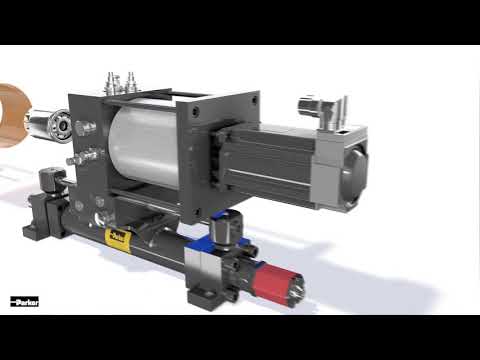