Gear skiving is here to stay, and as a result of this industry shift, itâ€™s become paramount to improve how well machining spindles synchronize with each other.

6 Davala Selected for Okuma America Scholarship (October 1, 2013)
Okuma America Corporation recently announced that Chris Davala has been chosen to receive one of ten scholarships given to current or tra... Read News

10 Okuma Discusses Advances in Software Media (February 6, 2013)
Do you remember using paper tape with your CNC control? If you’ve been in the machine tool industry for a while, you may remember t... Read News

12 Okuma Highlights CNC Lathe at IMTS (August 15, 2012)
Okuma America Corporation recently announced that the new LT-3000EX, a high-powered CNC lathe, will be shown for the first time in the Un... Read News 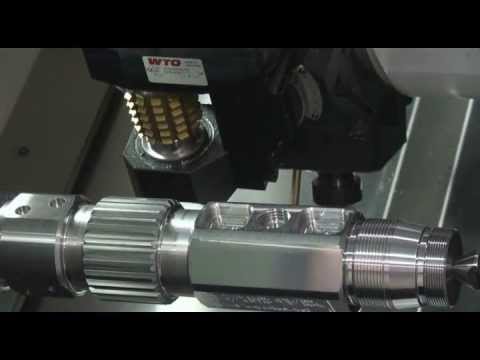