1 What Is Runout, And Why Should I Worry About It (January/February 1991)

Quality gear inspection means doing the "right" inspections "right." A lot of time and money can be spent doing the wrong types of inspections related to function and doing them incorrectly. As we will discover later, such things as runout can creep into the manufacturing and inspection process and completely ruin any piece of data that is taken. this is one of the most important problems to control for quality inspection.

In the last section, we discussed gear inspection; the types of errors found by single and double flank composite and analytical tests; involute geometry; the involute cam and the causes and symptoms of profile errors. In this section, we go into tooth alignment and line of contact issues including lead, helix angles, pitch, pitchline runout, testing and errors in pitch and alignment.

Much information has been written on gear inspection, analytical. functional. semiautomatic and automatic. In most cases, the charts, (if you are lucky enough to have recording equipment) have been explained.

This section will deal with the use of gear inspection for diagnostic purposes rather than quality determination. The proper evaluation of various characteristics in the data can be useful for the solution of quality problems. It is important to sort out whether the problem is coming from the machine, tooling and/or cutters, blanks, etc. An article by Robert Moderow in the May/June 1985 issue of Gear Technology is very useful for this purpose.

It is very common for those working in the gear manufacturing industry to have only a limited understanding of the fundamental principals of involute helicoid gear metrology, the tendency being to leave the topic to specialists in the gear lab. It is well known that quiet, reliable gears can only be made using the information gleaned from proper gear metrology.

Q&A is an interactive gear forum. Send us your gear design, manufacturing, inspection or other related questions, and we will pass them to our panel of experts.

The fundamental purpose of gear grinding is to consistently and economically produce "hard" or "soft" gear tooth elements within the accuracy required by the gear functions. These gear elements include tooth profile, tooth spacing, lead or parallelism, axial profile, pitch line runout, surface finish, root fillet profile, and other gear geometry which contribute to the performance of a gear train.

In the past gear manufacturers have had to rely on hob manufacturers' inspection of individual elements of a hob, such as lead, involute, spacing, and runout. These did not always guarantee correct gears, as contained elements may cause a hob to produce gears beyond tolerance limits.

A best practice in gear design is to limit the amount of backlash to a minimum value needed to accommodate manufacturing tolerances, misalignments, and deflections, in order to prevent the non-driving side of the teeth to make contact and rattle. Industry standards, such as ANSI/AGMA 2002 and DIN3967, provide reference values of minimum backlash to be used in the gear design. However, increased customers' expectations in vehicle noise eduction have pushed backlash and allowable manufacturing tolerances to even lower limits. This is especially true in the truck market, where engines are quieter because they run at lower speeds to improve fuel economy, but they quite often run at high torsional vibration levels. Furthermore, gear and shaft arrangements in truck transmissions have become more complex due to increased number of speeds and to improve efficiency. Determining the minimum amount of backlash is quite a challenge. This paper presents an investigation of minimum backlash values of helical gear teeth applied to a light-duty pickup truck transmission. An analytical model was developed to calculate backlash limits of each gear pair when not transmitting load, and thus susceptible to generate rattle noise, through different transmission power paths. A statistical approach (Monte Carlo) was used since a significant number of factors affect backlash, such as tooth thickness variation; center distance variation; lead; runout and pitch variations; bearing clearances; spline clearances; and shaft deflections and misalignments. Analytical results identified the critical gear pair, and power path, which was confirmed experimentally on a transmission. The approach presented in this paper can be useful to design gear pairs with a minimum amount of backlash, to prevent double flank contact and to help reduce rattle noise to lowest levels. 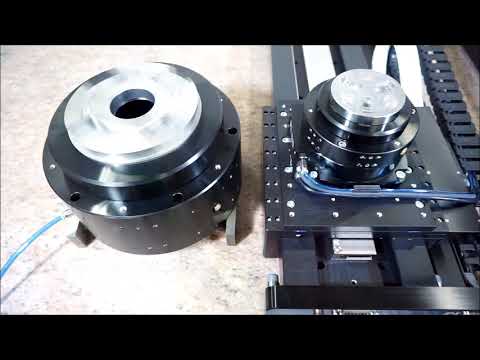