In order to reduce costs for development and production, the objective in gearbox development and design is to predict running and noise behavior of a gearbox without manufacturing a prototype and running expensive experimental investigations. To achieve this objective, powerful simulation models have to be set up in a first step. Afterwards, those models have to be qualified and compared to experimental investigations. During the investigation procedure of gearboxes, there are two possibilities to evaluate the running and noise behavior: quasi-static and dynamic investigations. In times of engine downsizing, e-mobility and lightweight design, the dynamic excitation behavior is becoming increasingly important.

Due to its economical efficiency, the gear shaving process is a widely used process for soft finishing of gears. A simulation technique allows optimization of the process.

In helicopter applications, the two-piece gear is typically joined by welding, bolts, or splines. In the case of the U.S. Army CH-47D Chinook helicopter, a decision was made to eliminate these joints through the use of integral design. Integral shaft spiral bevel gears must be designed such that the shaft does not interfere with gear tooth cutting and grinding. This paper discusses techniques to iterate in the design stage before manufacturing begins.

The hobbing and generation grinding production processes are complex due to tool geometry and kinematics. Expert knowledge and extensive testing are required for a clear attribution of cause to work piece deviations. A newly developed software tool now makes it possible to simulate the cutting procedure of the tool and superimpose systematic deviations on it. The performance of the simulation software is illustrated here with practical examples. The new simulation tool allows the user to accurately predict the effect of errors. With this knowledge, the user can design and operate optimal, robust gearing processes.

The aim of the study was to apply such a specialized tooth contact analysis method, well-used within the steel gear community, to a polymer gear application to assess what modifications need be made to these models for them to be applicable to polymer gears.

How does one perform a contact analysis for worn gears? Our expert responds.

Using the DANTE software, a finite element simulation was developed and executed to study the response of a carburized 5120 steel helical gear to quenching in molten salt. The computer simulation included heat-up, carburization, transfer and immersion in a molten salt bath, quenching, and air cooling. The results of the simulation included carbon distribution of phases, dimensional change, hardness, and residual stress throughout the process. The predicted results were compared against measured results for hardness, dimensions and residual stress. The excellent agreement between predictions and measured values for this carburized 5120 steel gear provides a basis for assessing the various process parameters and their respective importance in the characteristics of not only these heat-treated parts, but of other compositions and shapes.

Generating gear grinding is one of the most important finishing processes for small and medium-sized gears, its process design often determined by practical knowledge. Therefore a manufacturing simulation with the capability to calculate key values for the process â€” such as the specific material removal rate â€” is developed here. Indeed, this paper presents first results of a model for a local analysis of the value. Additionally, an empirical formula â€” based on a multiple regression model for a global value describing the process â€” is provided.

There are great advantages in dry hobbing, not only for friendliness toward the environment, but also for increasing productivity and for decreasing manufacturing cost. Dry hobbing, however, often causes failures in hob cutting edges or problems with the surface quality of gear tooth flanks. These difficulties are not present when hobbing with cutting oil. Pinching and crushing of generated chips between the hob cutting edge and the work gear tooth flank is considered a major cause of those problems.

Prior to receiving airworthiness certification, extensive testing is required during the development of rotary wing aircraft drive systems. Many of these tests are conducted to demonstrate the drive systemâ€™s ability to operate at extreme conditions, i.e. â€” beyond that called for in the normal to maximum power operating range.

The objective of this work is to introduce a method for the calculation of the tooth root load carrying capacity for gears, under consideration of the influence of the defect size on the endurance fatigue strength of the tooth root. The theoretical basis of this method is presented in this paper as well as the validation in running tests of helical and beveloid gears with different material batches, regarding the size distribution of inclusions. The torque level for a 50 percent failure probability of the gears is evaluated on the test rig and then compared to the results of the simulation. The simulative method allows for a performance of the staircase method that is usually performed physically in the back-to-back tests for endurance strength, as the statistical influence of the material properties is considered in the calculation model. The comparison between simulation and tests shows a high level of accordance.

Effective case depth is an important factor and goal in gas carburizing, involving complicated procedures in the furnace and requiring precise control of many thermal parameters. Based upon diffusion theory and years of carburizing experience, this paper calculates the effective case depth governed by carburizing temperature, time, carbon content of steel, and carbon potential of atmosphere. In light of this analysis, carburizing factors at various temperatures and carbon potentials for steels with different carbon content were calculated to determine the necessary carburizing cycle time. This methodology provides simple (without computer simulation) and practical guidance of optimized gas carburizing and has been applied to plant production. It shows that measured, effective case depth of gear parts covering most of the industrial application range (0.020 inch to over 0.250 inch) was in good agreement with the calculation.

19 An Innovative Way of Designing Gear Hobbing Processes (May 2012)

In todayâ€™s manufacturing environment, shorter and more efficient product development has become the norm. It is therefore important to consider every detail of the development process, with a particular emphasis on design. For green machining of gears, the most productive and important process is hobbing. In order to analyze process design for this paper, a manufacturing simulation was developed capable of calculating chip geometries and process forces based on different models. As an important tool for manufacturing technology engineers, an economic feasibility analysis is implemented as well. The aim of this paper is to show how an efficient process designâ€”as well as an efficient processâ€”can be designed.

In this paper, the potential for geometrical cutting simulations - via penetration calculation to analyze and predict tool wear as well as to prolong tool life - is shown by means of gear finish hobbing. Typical profile angle deviations that occur with increasing tool wear are discussed. Finally, an approach is presented here to attain improved profile accuracy over the whole tool life of the finishing hob.

Traditionally, gear rating procedures consider manufacturing accuracy in the application of the dynamic factor, but only indirectly through the load distribution are such errors in the calculation of stresses used in the durability and gear strength equations. This paper discusses how accuracy affects the calculation of stresses and then uses both statistical design of experiments and Monte Carlo simulation techniques to quantify the effects of different manufacturing and assembly errors on root and contact stresses.

3 SKF and Romax Collaborate on Driveline Simulation Conference (July 9, 2018)
For decades, SKF and Romax Technology have been developing and implementing powerful software for product development and customer-spec... Read News 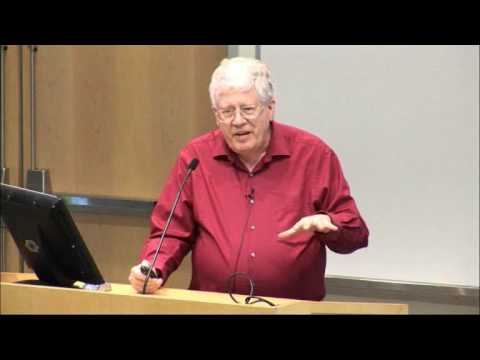