Kaukauna, Wisconsin may hold the secrets to solving the problem of our skilled labor shortage.

Popular wisdom has it that manufacturing in the United States is no longer a viable entity. We are told that quality is poor, skilled labor is difficult to obtain, if not impossible, demand is low, and the government is helping to discourage business. So what should we do, give up?

Results from our annual survey of gear manufacturers reveal that business is good, but the skilled labor situation is not.

4 Challenges and Opportunities in the Gear Industry (January/February 2007)

We asked Fred Young, president of Forest City Gear Co., to answer some of the gear industry's burning questions.

6 Training the Next Generation (March/April 2018)

Last issue, when I went over the results from our annual State of the Gear Industry survey, I was being too nice. Sure, there's still a lot of optimism about the business climate. Gear manufacturers are mostly busy. For most, 2018 looks like it will be at least a little better than 2017. But there are dark clouds ahead, and they've been building for some time.

As you might imagine, I talk to many gear industry people through the course of my day-to-day activities. And there is one question that I hear over and over again. "Joe, we need an experienced gear process engineer. Do you know anyone who's available?"

It's probably no surprise to anyone that the majority of the gear industry had a pretty good year in 2017, and that most gear manufacturers are expecting a pretty good 2018 as well. After all, most major economic indicators - including the ones that focus on the manufacturing sector - have been positive for some time.

Apprenticeship programs are back in the USA - sort of.

11 Manufacturing and Pursuit of the American Dream: Reality or Fool's Quest (November/December 2012)

It wasnâ€™t so very long ago that a high school-educated, able-bodied person with a will to work typically had little trouble finding a decent job in manufacturing. Whether at an area job shop, an OEM plant or auto plantâ€”work was to be had. Work that paid well enough to marry, buy a home, feed, raise and educate a familyâ€”with even enough left over for a modest retirement pension.

12 Capitalizing on Your Human Capital (November/December 1997)

A fundamental characteristic of the gear industry is that it is capital intensive. In the last decade, the gear manufacturing industry has been undergoing an intense drive toward improving and modernizing its capital equipment base. The Department of Commerce reports that annual sales of gear cutting equipment have increased nearly 60% since 1990. While this effort has paid off in increased competitiveness for the American gear industry, it is important to remember that there is another capital crucial to manufacturing success - "human capital."

The passage last year of both NAFTA and GATT has gone a long way toward leveling the playing field for American manufacturers and other hoping to compete in the global economy. Add to this news the fact that the domestic economy keeps growing, and it seems as though good times are ahead for the gear industry.

Getting and keeping a work force capable of meeting the demands of the 21st century is one of the key challenges most U.S. manufacturers face today. That's not even news anymore. I - and others - have been talking about it in editorials and speeches for ten years now. It's also not news that the job is a tough one and that industry-wide response often has not been particularly effective.

"More than half our young people leave school without the knowledge or foundation required to find and hold a job." according to a 1991 report from the U.S. Dept. of Labor. A huge gap exists between the needs of employers (especially in manufacturing) and the training received by most high school students.

Faithful Addendum readers are accustomed to finding upbeat, whimsical and oddball stories about gears in this space. What follows is not about gears, exactly. Rather, it is, as opposed to the usual bleak news about America losing its manufacturing mojo—a look at a positive, hopeful development in that regard.

In this edition of Arvin's Angle, Joe explains why training isn't an expense. It's an investment.

19 Cutting Down On Labor Costs (January/February 1994) 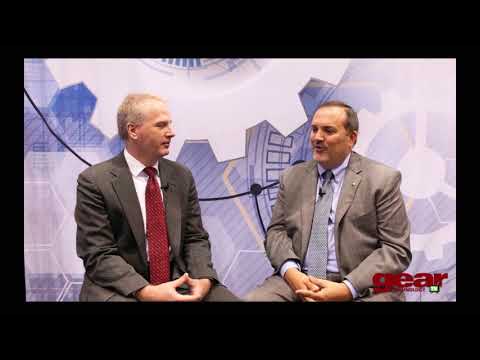