In earlier studies, surface roughness has been shown to have a significant influence on gear pitting life. This paper discusses how high surface roughness introduces a wear mechanism that delays the formation of pits. Accompanied by a full-page technical review.

Surface roughness measuring of gear teeth can be a very frustrating experience. Measuring results often do not correlate with any functional characteristic, and many users think that they need not bother measuring surface roughness, since the teeth are burnished in operation. They mistakenly believe that the roughness disappears in a short amount of time. This is a myth! The surface indeed is shiny, but it still has considerable roughness. In fact, tests indicate that burnishing only reduces the initial roughness by approximately 25%.

3 Micropitting of Big Gearboxes: Influence of Flank Modification and Surface Roughness (May 2011)

Most research on micropitting is done on small-sized gears. This article examines whether those results are also applicable to larger gears.

Could the tip chamfer that manufacturing people usually use on the tips of gear teeth be the cause of vibration in the gear set? The set in question is spur, of 2.25 DP, with 20 degrees pressure angle. The pinion has 14 teeth and the mating gear, 63 teeth. The pinion turns at 535 rpm maximum. Could a chamfer a little over 1/64" cause a vibration problem?

In today's production environment, a variety of different measurement devices is used to assess the quality and accuracy of workpieces. These devices include CMMs, gear checkers, form testers, roughness testers, and more. It requires a high machine investment and a high handling effort - especially if a full end-of-line measurement is needed. One approach to reduce quality costs is to include all measurements in one single machine that is suitable and robust enough for use in production.

Alongside the macro test parameters on tooth flanks for profile and tooth traces, surface properties (roughness) play a decisive role in ensuring proper toothed gear function. This article addresses roughness measurement systems on tooth flanks. In addition to universal test equipment, modified test equipment based on the profile method for use on gears is addressed in particular. The equipment application here refers to cylindrical gear flanks and bevel gear flanks. The most important roughness parameters, as well as the implementation of the precise measurement procedure will also be described under consideration of the applicable DIN EN ISO standards as well as the current VDI/VDE Directive 2612 Sheet 5.

The effect of the lubrication regime on gear performance has been recognized, qualitatively, for decades. Often the lubrication regime is characterized by the specific film thickness defined as the ratio of lubricant film thickness to the composite surface roughness. It can be difficult to combine results of studies to create a cohesive and comprehensive data set. In this work gear surface fatigue lives for a wide range of specific film values were studied using tests done with common rigs, speeds, lubricant temperatures, and test procedures.

Inspection of the cutting blades is an important step in the bevel gear manufacture. The proper blade geometry ensures that the desired gear tooth form can be achieved. The accuracy of the process can be compromised when the blade profile consists of several small sections such as protuberance, main profile, top relief and edge radius. Another common obstacle - are outliers which can be caused by dust particles, surface roughness and also floor vibrations during the data acquisition. This paper proposes the methods to improve the robustness of the inspection process in such cases.

Surface coatings or finishing processes are the future technologies for improving the load carrying capacity of case hardened gears. With the help of basic tests, the influence of different coatings and finishing processes on efficiency and resistance to wear, scuffing, micropitting, and macropitting is examined.

17 Superfinishing Gears -- The State of the Art (November/December 2003)

Superfinishing the working surfaces of gears and their root fillet regions results in performance benefits.

The properties of both shot-peened and cold rolled PM gears are analyzed and compared. To quantify the effect of both manufacturing processes, the tooth root bending fatigue strength will be evaluated and compared to wrought gears.

Chamfering and deburring have been described as "unloved," a "necessary evil" and, in fact - "dead." After all, manual deburring is still common in many shops.

The complete Industry News section from the August 2018 issue of Gear Technology.

32 The Effect of Superfinishing on Gear Micropitting (March/April 2009)

Results from the Technical University of Munich were presented in a previous technical article (see Ref. 4). This paper presents the results of Ruhr University Bochum. Both research groups concluded that superfinishing is one of the most powerful technologies for significantly increasing the load-carrying capacity of gear flanks.

With the publishing of various ISO draft standards relating to gear rating procedures, there has been much discussion in technical papers concerning the various load modification factors. One of the most basic of parameters affecting the rating of gears, namely the endurance limit for either contact or bending stress, has not, however, attracted a great deal of attention.

Spur gear surface endurance tests were conducted to investigate CBN ground AISI 9310 spur gears for use in aircraft applications, to determine their endurance characteristics and to compare the results with the endurance of standard vitreous ground AISI 9310 spur gears. Tests were conducted with VIM-VAR AISI 9210 carburized and hardened gears that were finish ground with either CBN or vitreous grinding methods. Test conditions were an inlet oil temperature of 320 K (116 degree F), an outlet oil temperature of 350 K (170 degree F), a maximum Hertz stress of 1.71 GPa (248 ksi), and a speed of 10,000 rpm. The CBN ground gears exhibited a surface fatigue life that was slightly better than the vitreous ground gears. The subsurface residual stress of the CBN ground gears was approximately the same as that for the standard vitreous ground gears for the CBN grinding method used. 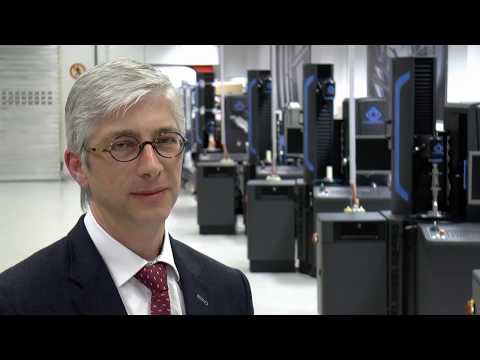