3 The Future is Now for U.S. Wind Turbine Industry--But Whoâ€™s Positioned to Meet It? (January/February 2008)

The Fabyan Windmill in Geneva, IL

Gear flank breakage can be observed on edge zone-hardened gears. It occurs, for example, on bevel gears for water turbines, on spur gears for wind energy converters and on single- and double-helical gears for other industrial applications.

Although typically considered a late bloomer in the call to wind energy arms, the United States is now the number one wind power producer in the world with over 25,000 MW installed by the end of 2008, according to the Global Wind Energy Council in January 2009.

The global wind energy market has seen average growth rates of 28 percent over the last 10 years, according to the Global Wind Energy Council (GWEC), creating major challenges for the component supply industry. GWEC also forecasts an average growth rate of 22 percent for the next five years, which if realized, will continue to put pressure on suppliers of turbine components.

Long before oil, climate change and energy demand were making headlines in Washington, Minnesota State Auditor Rebecca Otto and her husband installed a wind energy system on their property in Minnesota.

Romax Technology, the gearbox, bearing and driveline engineering specialist, has launched a new design software package that will increase speed, quality, creativity and innovation when designing gearboxes and drivelines. Called Concept, the new product delivers on the Romax vision of streamlining the end-to-end, planning-to-manufacture process with open, easy to use software solutions. It has been developed in close collaboration with engineers in the largest ground vehicle, wind energy and industrial equipment companies around the globe.

A high number of wind turbine gearboxes do not meet their expected design life, despite meeting the design criteria of current bearing, gear and wind turbine industry standards and certifications.

29 Less Energy Consumption with High-Efficiency Bevel Gears and their Usage in the U.S. (September/October 2014)

34 Understanding Oil Analysis: How it Can Improve Reliability of Wind Turbine Gearboxes (November/December 2013)

Historically, wind turbine gearbox failures have plagued the industry. Yet an effective oil analysis program will increase the reliability and availability of your machinery, while minimizing maintenance costs associated with oil change-outs, labor, repairs and downtime. Practical action steps are presented here to improve reliability.

Lamentations continueâ€”legitimately soâ€”over the second-citizen status of manufacturing in the United States. The need undoubtedly continues for renewed support by government and educators for making things here once again...

The wind turbine industry has been plagued with gearbox failures, which cause repair costs, legal expenses, lost energy production and environmental pollution.

This article describes some of the most important tests for prototypes conducted at Winergy AG during the product development process. It will demonstrate that the measurement results on the test rig for load distribution are in accordance with the turbine measurements.

40 The Global Gear Industry - Insights, Projections, Facts and Figures (May 2011)

A series of short reports on global manufacturing growth and the gear industry's role.

Industrial gear standards have been used to support reliability through the specification of requirements for design, manufacturing and verification. The consensus development of an international wind turbine gearbox standard is an example where gear products can be used in reliable mechanical systems today. This has been achieved through progressive changes in gear technology, gear design methods and the continual development and refinement of gearbox standards.

Natural resourcesâ€”minerals, coal, oil, agricultural products, etc.â€”are the blessings that Mother Earth confers upon the nations of the world. But it takes unnaturally large gears to extract them.

It seems that nothing can hold back the power of the wind—unless, of course, it's the availability of rugged, reliable, specially designed gearboxes. How Gleason is Keeping up with Demand.

When a customer needed gears delivered in three weeks, hereâ€™s how Brevini Wind got it done.

1 Klingelnberg Offers Wind Energy WebSeminar Series (May 3, 2021)
Wind energy (or wind power) has been used since ancient times. In the past, windmills used the wind to grind grain into flour. Today, mod... Read News

2 Governors Ask Administration for More Wind Energy Deployment (September 23, 2011)
A coalition of 24 governors from both major parties and each region of the country has asked the administration to take a series of steps... Read News 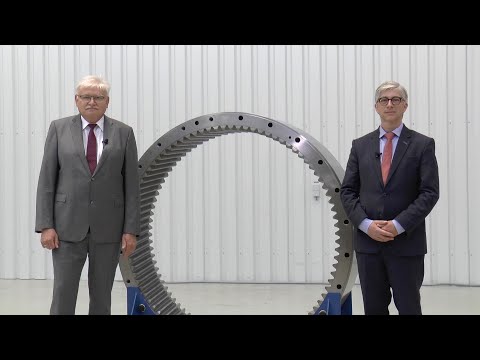 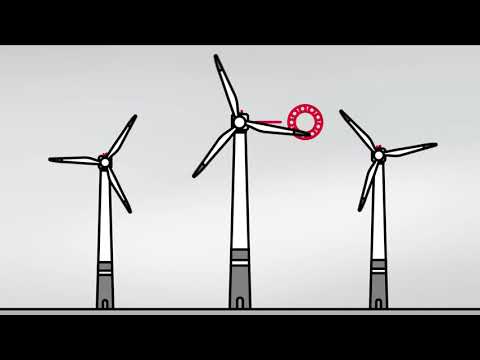