We make a lot of single-start worm and worm gear sets, and it always seems as though we're buying another special hob. We also do a lot of spur gear cutting, and the spur gear hobs and the worm gear hobs look alike, so we wonder why we cannot use the standard hobs for cutting worm gears too. Can we do this?

The load capacity of worm gears is mainly influenced by the size and the position of the contact pattern.

An experimental and theoretical analysis of worm gear sets with contact patterns of differing sizes, position and flank type for new approaches to calculation of pitting resistance.

Worm gears display unique behavior of surfaces because of the presence of wear phenomena in addition to contact pressure phenomena.

There is an increasing significance of screw helical and worm gears that combine use of steel and plastics. This is shown by diverse and continuously rising use in the automotive and household appliance industries. The increasing requirements for such gears can be explained by the advantageous qualities of such a material combination in comparison with that of the traditional steel/bronze pairing.

Rules and Formula for worm gears, bevel gears and strength of gear teeth.

Eliot K. Buckingham explains the procedure for proper measurement over wires for worm gears, in response to last issue's article.

How local stresses obtained from FEA can be used to determine fatigue strength of worm wheel teeth.

Two questions on hobbing cover the various types of hobs and their unusual names, as well as the importance of hob swivel angle.

Worm gearing is of great antiquity, going back about 2100 years to Archimedes, who is generally acknowledged as its inventor. Archimedes' concept used an Archimedial spiral to rotate a toothed wheel. Development of the worm gearing principle progressed along conventional lines until about 500 years ago when Leonardo DaVinci evolved the double enveloping gear concept.

Traditionally, profile and lead inspections have been indispensable portions of a standard inspection of an involute gear. This also holds true for the worm of a worm gear drive (Ref. 1). But the inspection of the profile and the lead is rarely performed on a worm wheel. One of the main reasons is our inability to make good definitions of these two elements (profile and lead) for the worm wheel. Several researchers have proposed methods for profile and lead inspections of a worm wheel using CNC machines or regular involute and lead inspections of a worm wheel using CNC machines or regular involute measuring machines. Hu and Pennell measured a worm wheel's profile in an "involute" section and the lead on the "pitch" cylinder (Ref. 2). This method is applicable to a convolute helicoid worm drive with a crossing angle of 90 degrees because the wheel profile in one of the offset axial planes is rectilinear. This straight profile generates an involute on the generated worm wheel. Unfortunately, because of the hob oversize, the crossing angle between the hob and the worm wheel always deviates from 90 degrees by the swivel angle. Thus, this method can be implemented only approximately by ignoring the swivel angle. Another shortcoming of this method is that there is only one profile and one lead on each flank. If the scanned points deviated from this curve, it produced unreal profile deviation. Octrue discussed profile inspection using a profile checking machine (Ref. 3).

The dimensions of the worm and worm gear tooth surfaces and some of the worm gear drive parameters must be limited in order to avoid gear undercutting and the appearance of the envelope of lines of contact on the worm surface. The author proposes a method for the solution of this problem. The relations between the developed concept and Wildhaber's concept of the limit contact normal are investigated. The results of computations are illustrated with computer graphics.

The first part of this article describes the analytical design method developed by the author to evaluate the load capacity of worm gears. The second part gives a short description of the experimental program and testing resources being used at CETIM to check the basic assumptions of the analytical method; and to determine on gears and test wheels the surface pressure endurance limits of materials that can be used for worm gears. The end of the article compares the results yielded by direct application of the method and test results.

The lifetime of worm gears is usually delimited by the bronze-cast worm wheels. The following presents some optimized cast bronzes, which lead to a doubling of wear resistance. 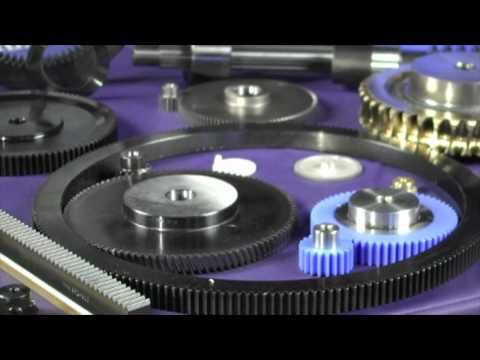