I recently had the opportunity to attend a presentation given by Ken Burns and Lynn Novick about their upcoming 7-part documentary The War, which is scheduled to air on American public television (PBS) beginning in late September. Included in the presentation was a 1½-hour preview of the film.

When the presentation was over, I was physically and emotionally stunned, as were most of the people in the audience.

This is not just another war story, but a story about The War, WWII—the one that engulfed most of the world, the one in which 50 million people died. At the presentation, Burns and Novick described their approach and reasons for making this film. 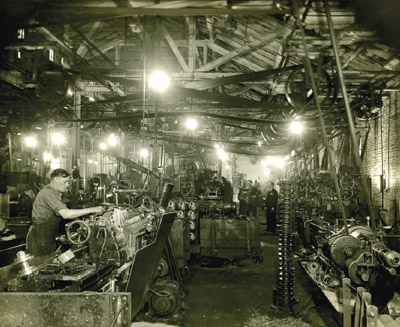 I realize as I write this that many of you readers are German, Japanese or Italian and might think about this film as a story told from a victor’s standpoint, but it is universal in its scope and treatment. The film’s war-era footage comes from the British, German, Japanese and American archives. It includes interviews with veteran German soldiers, U-boat captains, sailors and civilians. This is not a story about famous historical battles or decorated heroes. It’s not a story about who won or lost the war. Rather, it’s a compelling story about the people who lived during that time and how the war affected them.

Its impact on older people, like some of the veterans in the audience, was significant. Those people lived through this time. Those of my generation, who were born during the war, remember our fathers and uncles and cousins who went off to fight, some returning to tell their experiences. But even for those born later, who may not have any direct connection with WWII, the universal themes and lessons allow everyone to relate. 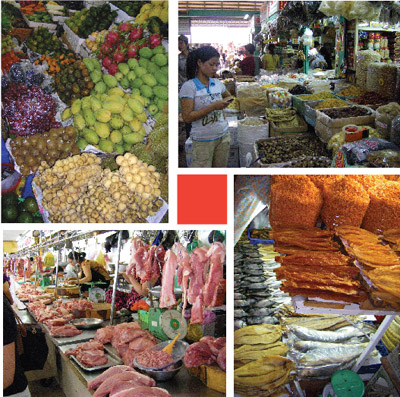 When you see footage of thousands of men on a beach, or on ships at sea, and then cut to interviews with veterans, wives, children, sisters and brothers, you get a sense of the enormous loss and destruction caused by that war—or any war, for that matter. Each of those thousands was an individual, and they had wives, children, sisters and brothers who thought of them and feared for them while they were gone. Seeing this film—and I only saw a fraction of it—imparts a better understanding of the impact on everyone involved.

Bringing such a huge and overwhelming world event down to the personal level was extremely important to Burns and Novick. In a recent interview, the filmmakers explained why they didn’t use professional historians. “We wanted to make sure everyone in our film was either in the war or waiting anxiously for someone to come back from the war,” Burns said. “You can make a film with historians 20 or 30 years from now,” Novick added.

At the presentation, they said they needed to make this film now because WWII veterans won’t be around to interview in another 10 years. According to the filmmakers, WWII veterans are dying at the rate of 1,000 per day.

For their interviews, Burns and Novick picked four towns—Mobile, AL; Sacramento, CA; Waterbury, CT; and Luvern, MN—that they thought would give them a good cross-section of America geographically and economically, with a good mix of farming, manufacturing and urban communities. The filmmakers went to those towns and advertised their project, wanting to meet, talk to and film everyone and anyone that had some experience related to that time. 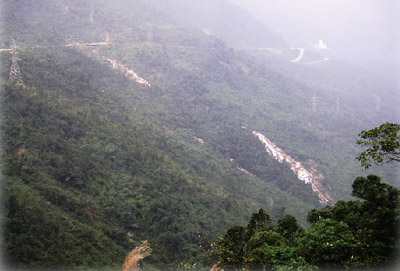 One of the most powerful effects this film had on me was the realization of how young the soldiers were. Do you know any 18-year-olds? Sons, daughters, nieces, nephews? Can you imagine any of them going off to fight in a war? How about the kid who mows your lawn or bags your groceries? Can you picture any of them fighting for their lives, fighting for their countries? One of the things the film expresses very well is that those kids—naïve, patriotic and indestructible—were the only ones who could have done what they did.

My dad went into the army in 1944. At 26 years old, he was one of the oldest guys in basic training. America, at the time, was an insulated nation that—for better or worse—became a world power—not for conquest, not for land, not for wealth, but for freedom.

Production of this film began before 9/11 and shouldn’t be viewed in the context of what is going on today—and yet it should.

I recommend that you watch this series. It’s not entertainment, it sometimes isn’t easy to watch. In fact, it’s sometimes damned hard to watch, but it’s important to know, understand, and to some extent experience the war through the eyes of those who were there.

You can watch multiple Hollywood versions of the war or read countless books with columns of statistics and maps and charts, but only by hearing and understanding it through the participants and the survivors can you truly understand the horrors, the sacrifice and the legacy of that time.

P.S. Burns and Novick collaborated previously on the documentaries Baseball, The Civil War and Jazz, among others. The War will be shown on PBS Sunday, September 23 through Wednesday, September 26, then Sunday, September 30 through Tuesday, October 2. It is also available for purchase on shoppbs.org.