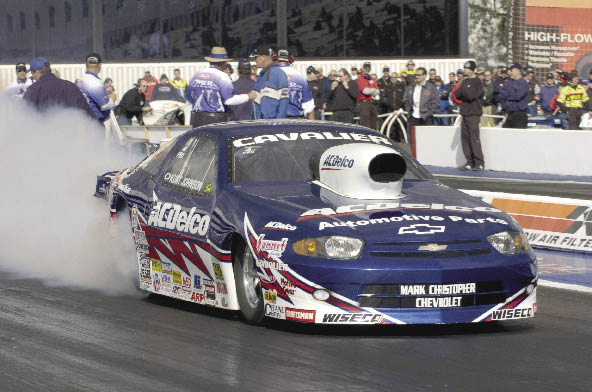 When the fans start screaming at the Daytona 500, they’re cheering for Jeff Gordon. Only the die-hard racing fan can appreciate the gearing and engineering that goes into each race car. The technical aspects, though, keep many gear companies working at a breakneck pace.

The benchmark for difficult gearing markets has always been aerospace, says Richard Wolfe, COO of EMCO Gears. Although manufacturing racing gears doesn’t require the same kind of certifications as in aerospace applications, part performance can make or break a career when you’re working for a race team. This market offers other unique challenges, Wolfe says, because users push gears to the limit and only have one opportunity to showcase maximum performance.

“It’s the original old boys’ network,” he says. “Racing is interesting because if you make something that works, it’s in [the race team’s] interest to keep it a secret. If it doesn’t work, everyone knows right away.”

Trade secrets are a reality for every supplier and manufacturer in this industry, and Wolfe says the barriers for entry in the racing gears market are especially high.

“In this business, you need a reputation for quality. There aren’t very many good ways to test a gear in racing applications other than putting it on the track, which is expensive to do. So your reputation must precede you,” he explains.

Innovation is Key
One way to build that reputation is to innovate, Wolfe says.

An illustration of this occurred a couple of years ago when EMCO started noticing all of its competitor’s rubber boots failing during the Rolex 24 Hour Race at Daytona. Rubber boots protect a car’s C-V joints by keeping grease in and dirt and debris out. EMCO’s new axle kits, released on the market in 2005, include a rubber boot constructed with the same materials used in the most demanding endurance racing in the world, and they also have improved geometry that’s customized for the dynamic movement the boot sees, says Wolfe.

“We set out to engineer something with a part that runs cooler. Our rubber boot is specially designed for endurance racing, and we’ve manufactured enough for about 40 car sets in the Grand Am, International Racing League (IRL), and for cars in the GT class of the Grand American,” he says.

The customer reaction has been positive, according to Wolfe. Orders are coming in at a brisk pace and, best of all, none have been returned to the company. 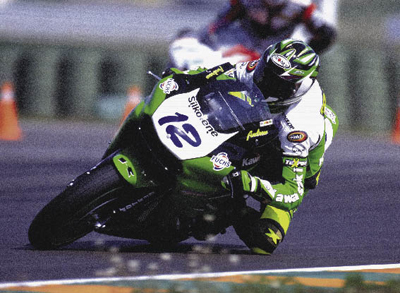 Experimenting with Coatings
Another area where innovation is important is in the use of new materials, processes and coatings.

Wolfe says the company favors diamond-like coatings, which are very hard surface coatings used mostly for anti-friction. EMCO has also added a new process, which chemically finishes the surface to remove peaks and help bring the parts’ Ra down to 4 micro-inches. Shot peening uses balls to hit the surface of a gear and create craters. Wolfe says the craters are sometimes referred to as negative space, which ordinarily is not a problem because oil can collect in the craters to aid lubrication. Problems arise when material projects above the surface. This leaves open the possibility that the metal can puncture the oil film. EMCO’s Superficial Chemical Obliterations for –RSK Enhancement (otherwise known as SCO-RE) smooths the part so that any imperfections exist below the surface only.

To avoid other problems with the finishing, gear manufacturers and race teams frequently send their gears to coating specialists.

Balzers Inc. usually applies one or two of 15 possible coatings to race car gears as well as various transmissions, cleans them and often applies pre- or post-treatments. One of the most popular pre-treatments is a proprietary enhancement of surface after mechanical or chemical microfinishing.

“One of the most common modes of failure is fatigue. With coatings, it’s possible to apply higher loads, or you can run gears for longer periods of time before fatigue failure will occur,” he says. “A lower coefficient of friction and the run-in characteristics of our coatings improve gear performance. With dry conditions, the coefficient of friction of steel on steel is 0.7. Our coatings are consistently between 0.1 and 0.2. If there are lubricants in the mix, your coefficient is much lower.”

Reduced oil in transmissions is another issue that coating engineers have to deal with, says Doering. In order to meet the weight requirements dictated by every racing series, it’s commonplace to reduce the oil in transmissions. Since everything is moved through the oil, less oil means less resistance. Therefore, they need the coatings to provide enough lubrication.

Balzers’ newest series aims to toughen their coatings. The BALINIT Star carbon coatings have a chromium nitride layer underneath to distribute load better into substrate material. PVD coatings are much harder than the bulk material and very thin; point loads and softer substrates pose a challenge to this system. BALINIT Star coatings have a reliable supporting layer ensuring that the superposed carbon layer can have its proper effect, even on somewhat softer substrates such as those in the 40HRC range. This is meant to increase the load bearing capacity, allow for higher impact load and increase the operating reliability of components.

Jerry Hemmingson, owner of Jerico Racing Transmissions, has first-hand experience with what works in coatings as well as other tricks of the trade in racing transmissions, assembly and software. The 62-year-old had been racing cars his entire life and, around 1970, noticed a trend—the transmissions always broke. He started making transmissions for himself and today supplies to racing teams worldwide, including Joe Gibbs, Ralph James and most of the Winston Cup teams.

Jerico makes two-, three-, four-, five- and six-speed transmissions for numerous drag races with a heavy emphasis on stock, super stock, and elimination competitions. Hemmingson says that cars have been known to hit more than 400 mph in land speed with his transmissions and that, at one point, all the NASCAR teams used Jerico transmissions.

Early Trials Led to Modular Transmissions
“A lot of people have copied what we do. When we first started, our shifting mechanism was extremely forgiving and shifted like butter; it was so easy. We were one of the first to use straight cut gears when most everyone else was using stock transmission,” Hemmingson says. “We were also one of the first to make the whole transmission modular where it comes apart and you can change individual gear sets instead of being stuck with standard transmissions.”

Although Jerico does not manufacture the castings of cases or perform heat treating processes in-house, it does a lot within its 50,000-square-foot facility in Concord, NC. Any sawing, machining of gear blanks, broaching, cutting of gear blanks, shaft grinding after heat treating and machining of cases and shifting mechanisms occurs at Jerico. Hemmingson says they’re the only company to manufacture everything right from raw material.

There’s a downside to this, he says, and that’s the increasing cost of obtaining the raw material. Hemmingson estimates a 500% increase in prices for raw materials since 2000, especially since the company only uses premium, vacuum arc remelt steel.

On the flip side, Hemmingson considers his supply of high quality equipment to be one of the secrets of his success. Jerico boasts seven CNC mills as well as 50 assorted CNC lathes, grinders and automated gear machines. The Studer S30 grinder is the pride and joy of the shop floor, promising tolerances within 1/10,000", which makes the tolerances more precise than for standard automotive applications. The Studer software uses gaging and probe touch-off, simplifying the profiling of the straight shafts that are commonplace at Jerico.

“It’s super accurate and reliable,” Hemmingson says. “It’s expensive, but I’d do anything to have two more.”

The business of racing cars isn’t easy to comprehend, Hemmingson acknowledges. “If you’re outside looking in, it probably looks like a very small number of customers or clients. But the number of customers, like the numbers of fans and enthusiasts in motorsports everywhere, continues to grow all over the world, and there’s racing going on in places where you never think of when you think of racing, like South Africa, Finland, the Netherlands, England. This may reflect a wide variety of types of racing, but it’s still racing and engineering, and the mechanics have to work. To be successful and stay ahead, you have to invest in the best technology and find the best people to run it.”


Photos are courtesy of Balzers Inc.