Home » Hub of the Gear Industry

Staying true to that focus has been one of the keys to the company’s longevity, according to Chairman James S. Gleason. And he should know. Aside from the fact that his family name is still on the door, James S. Gleason has been with the company since 1959. “I was a so-called college trainee,” he says. “I started out in the foundry, doing pretty simple, fundamental, physical things. I systematically went through training with almost every part of the company.”

And through the years, he’s seen both the ups and the downs.

“When most history is told, there is almost always some sort of editing that goes on,” Gleason says. “Clearly there is a tendency to emphasize all the wonderful things that have happened and not put too much light on those things that weren’t. I think for any company, particularly ours, it’s probably more important that you learn from the mistakes than it is to celebrate the triumphs.”

For James S. Gleason, that means sticking to what you know. He points to the company’s time as a publicly traded company as one period when their focus was allowed to drift.

“That was not a very good fit for our business,” he says. “It tends to focus your attention on each quarter, and the cycle time of a lot of the events that are important to us don’t function very well on a quarterly basis.”

In the 60s and 70s, the company also made a number of acquisitions in an attempt to grow the business. Those acquisitions included a company that produced telephonic exchange equipment and a number of parts producing companies, Gleason says. “Fundamentally, these were not businesses that we knew much about.”

But embracing those failures was an important turning point in the company’s history, Gleason says. It forced the company’s executives to reevaluate their strengths and refocus on what had made them successful for so many years.

Above:Chairman James S. Gleason in front of a modern Phoenix gear cutting machines. Right: The interior of the Gleason factory around 1891.

That meant staying true to and recommitting to their focus on gears.

“We’re almost unique in terms of machine tool companies in the sense that we know more about the end product that our customers produce, in general, than they do,” Gleason says

.In fact, in order to stay atop their niche, the company has not only strived to understand the current state of the art, but they’ve also continuously sought ways to advance it. Part of their mission is to find better and more productive ways to manufacture gears, inventing new technologies, processes and tools along the way.

“We have never been known as a hightech company — except that we really are,” Gleason says. “We have almost always had at the head of our R&D department and gear technology core the top people in the world. That has always been a hugely important part of our leadership.”

That thought is echoed by John J. Perrotti, president and CEO.

“Technology is the engine that drives our company,” Perrotti says, adding that “Gleason continues by far to issue the most patents of anyone related to gear production.”

Of course, the focus on R&D and invention is nothing new. In fact, the company’s founder, William E. Gleason, was a well-known inventor and craftsman who had apprenticed in the Rochester, NY machine shops of Asa R. Swift and I. Angell & Sons, and who also worked during the Civil War at Colt’s Armory in Hartford, CT. In 1865, he returned to Rochester and took over the Kidd Iron Works, which eventually evolved into the Gleason Works. In 1874, William E. Gleason invented the bevel gear planer, and the rest is gear history.

Through the years, many inventions have followed, including highly specialized machines for manufacturing all types of bevel gears. But in addition to his knack for invention, the company’s founder also passed on an attitude and a way of doing business that still resonates today.

In the lobby of the Gleason Works facility in Rochester, a large bronze tablet commemorates William E. Gleason. The inscription reads:

That last part about service and fair dealing are important parts of the Gleason culture. 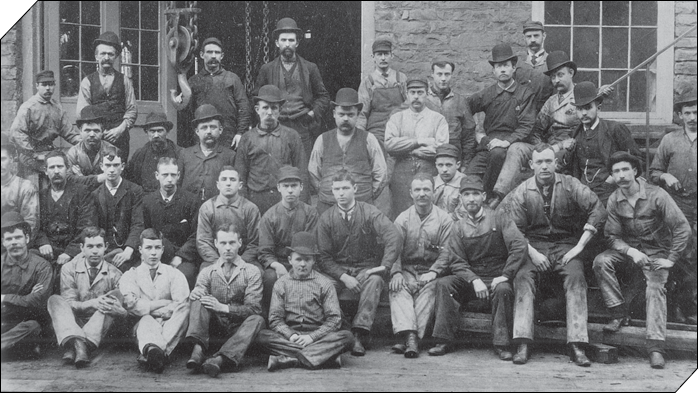 Gleason employees outside the company's original factory, located at Brown's Race, overlooking the Genesee River (circa 1889).

The company’s management continues to put a high value on its employees. And the employees — both current and former — seem to have a high level of loyalty towards Gleason as a result. This was clearly in evidence at the WZL Gear Conference USA, which was held at the Gleason Works in November.

“A lot of the people who are here today as visitors are former Gleason employees,” said Perrotti at the event. “I think they all, for the most part, have favorable memories.”

But keeping employees happy is only part of the battle. Keeping customers happy is the bigger part, says Perrotti, and Gleason focuses heavily on service as a significant part of what it offers.

“We have always tried to change and adapt as we’ve seen the markets evolving and as we see our customers’ needs,” Perrotti says. “We’ve tried to sharpen our focus on customer service, so we’ve invested more and more in developing better information systems, training programs, and part stocking strategies to support our customers.”

One of the keys to providing better and better service is creating the technology that allows for it, Perrotti says. “More and more of our industry will be pointed toward service, but not in the classic way of a guy carrying a toolbox.”

Instead, the company is working hard to develop incremental ways where it can provide value to its customers. For Gleason, that means smart systems that gather information, encapsulate gear manufacturing knowledge and allow customers to make quick decisions. 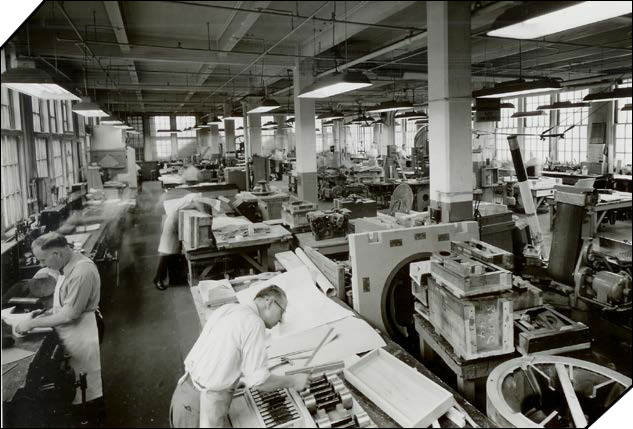 The pattern shop inside The Gleason Works, 1954.

“We’ve coined the expression Gleason 4.0, which is really our vision for the smart factory, digital manufacturing and the connection between the theoretical and mathematically proven way of optimizing both the design and the manufacturing,” Perrotti says. “Gleason 4.0 is everything from machine monitoring to creating expert systems that gather data, do sophisticated data analytics and feed that knowledge back to the design and manufacturing process.”

Even though Gleason 4.0 seems to be focused on technology, it’s really more about service, Perrotti says. Building these systems is how the company can best help customers take advantage of Gleason’s 150 years of gear processing knowledge. 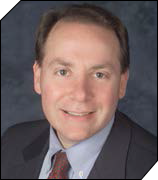 “One of the key things every customer will tell you is that we don’t have enough skilled people,” Perrotti says. “That’s why we need to continue to create expert systems and tools that help provide some of that process knowledge, so it doesn’t require having somebody with 30 years of experience to make those judgments.”

Clearly, innovation in products and a focus on service have been hallmarks of the company from the beginning. But perhaps just as important has been Gleason’s focus on global markets.

“At a very early stage, we said the world is our market,” James S. Gleason says. “As a matter of fact, my great aunt Kate was at the forefront of pushing the company, certainly into the European market, but ultimately, the world.”

Kate Gleason, daughter of the company’s founder, began working with her father at age 11, helping with the bookkeeping. After attending Cornell University and studying engineering (the first woman ever enrolled there to do so), she returned to the Gleason Works, serving as secretary-treasurer and becoming the company’s chief salesperson at age 25. She traveled unaccompanied to Europe and sold Gleason machines in England, Scotland, France and Germany. In 1917 she was the first woman elected to membership in the American Society of Mechanical Engineers.

The global focus of the company has continued throughout its history. Today, Gleason says, the company does roughly a third of its business in the United States, a third in Europe and a third in the Far East.

Of course, the global nature of the company has expanded dramatically over the past couple of decades. In 1995, Gleason Works (India) was established, and the company also acquired Carl Hurth Maschinen und Zahnradfabrik. In 1997, they acquired the assets of the Pfauter group of companies. In 2007, a factory was established in Suzhou, China, for the manufacturing of Genesis hobbers. In 2009, they added cutting tool manufacturing at Suzhou, and in 2012, a new 156,000 square foot facility was built in Suzhou to combine the machinery and cutting tool manufacturing under one roof. In 2013, they acquired Saikuni of Japan and IMS Koepfer Cutting Tools of Germany. These acquisitions greatly expanded Gleason’s global footprint in terms of manufacturing locations. Today, new Gleason machines and cutting tools are manufactured in the USA, Germany, Switzerland, China, Japan and India. In addition, of course, there are numerous technical centers and sales offices around the world. 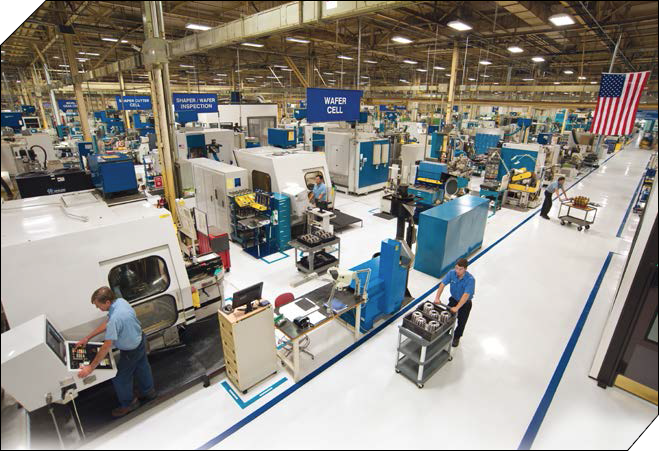 “We have 13 manufacturing plants around the world, and we have Gleason people in more than 25 countries,” Perrotti says. 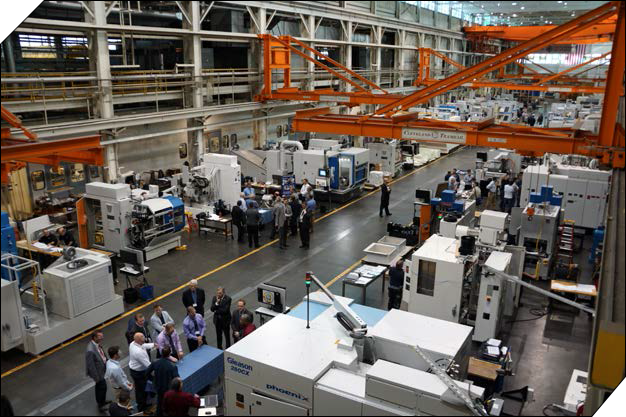 The machine assembly bays at the Gleason Works in Rochester, 2014.

“In effect, we’ve taken little pieces of expertise and technology and systematically added those, with an eye to also making sure that our geographic strategy of world markets was an inherent part of that,” says James S. Gleason.

“We are always looking at opportunities which are aligned with supporting our customers and that we think are not too far from our core competencies, and that main competency is gear process knowledge,” Perrotti adds. 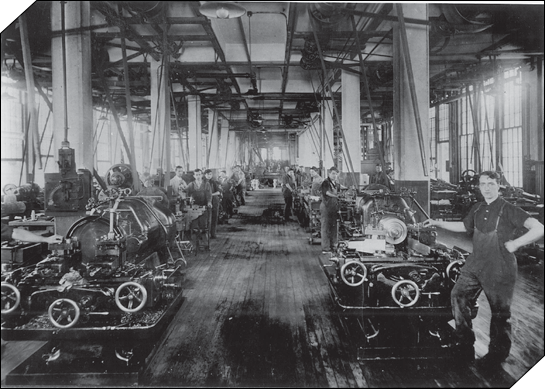 Officially, Gleason’s 150th anniversary doesn’t take place until June. “We’re going to have a large gala celebration here in Rochester,” says Perrotti, “with a lot of our local employees, our leadership and our sales representatives from around the world.”

But clearly the celebration has already begun.

“We thank all of our employees, literally the tens of thousands of employees who have worked for Gleason over the years,” Perrotti says, “and we thank our customers, many of which with whom we’ve had relationships that go back more than a century. We’re proud of our past but even more excited about our future.”

Randy Stott, Associate Publisher & Managing Editor, has a Bachelor’s degree in journalism and an MBA in marketing. His background includes a wide variety of technical writing and editing in the automotive, software and manufacturing industries. He was instrumental in the launching of geartechnology.com in 1996, powertransmission. com in 1997 and Power Transmission Engineering in 2007. He joined Gear Technology in 1994 and became managing editor in 1998. [21 years in the gear industry]