Faith — paraphrasing the gospels of Matthew and Mark — can move mountains.

But it helps if you have precisiongeared equipment.

Now, using precision gearing and off-highway earth-moving vehicles and machinery in the same breath may at first blush seem antithetical, but not so much when you think about it. Ryan Parke, marketing manager for HMC Inc., explains why. 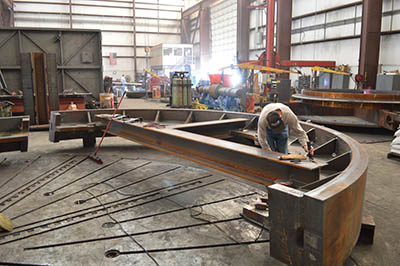 “Other than sub-par manufactured gears that do not mesh well, and eventually break down, I would say the cause (of gear failure) we see most often is either of the following two reasons. The first being improperly installed and aligned gear sets. The first run-off is very crucial, and if everything is not aligned and adjusted properly, the gearing can fail very quickly. The second reason is proper monitoring and maintenance. We have seen customers that have been running without lubrication because there was a problem with the lubrication system and no one noticed for a while. It does not take long for a gear to fail without lubrication.”

Indeed, if you happen to manufacture and sell gears into this highly competitive hornets’ nest of a market, which, aside from the usual sectors (earth-moving, stone, paper) also includes Navy nuclear propulsion; commercial marine propulsion; hydro power; power generation (coal fired); gas/oil; and on — you appreciate that precision and the maintenance that high-precision gearing requires are givens.

Let’s face it. These days, everyone is fighting over a smaller pie; let’s say — a cherry pie. And in this market no buyer of cherry pies has to settle for one that contains unwanted cherry pits. And besides, many of these applications (see above) already come ready-made with unforgiving tolerances — and standards — to meet. So just to be considered a player requires significant capital (equipment) and human (experience and expertise) investment.

But how does one actually define “precision gearing?” It’s not like it’s a published standard. “You can always buy “cheaper gearing,” says Parke. “That is to say, gears that are produced on old equipment, or gears that are not held to the kind of tolerances and quality we strive to produce. We generally consider anything above an AGMA quality of 10 to be ‘precision gearing.’”

And the “precision” is found where?

Along with the required precision, other challenges remain in manufacturing transmissions for industrial vehicles/ equipment. They are not unfamiliar to any manufacturer of complex, highquality gears for demanding applications.

At HMC, precision’s path typically employs a different process and entails a story, in part, of a lost art.

“The majority of the ‘large gearing’ we manufacture is forged-fabricated,” says Parke. “Meaning, a forged outer ring and/or hub center section, welded together with structural or forged plate center sections. The lack of quality casting vendors has sent us down this path. “All of the equipment we use is very specialized. The machines used to produce these parts are more precise, more flexible as far as the shapes and sizes of parts they can accept. They are much more robustly built considering the weights involved, and have enormous technological capabilities as far as onboard inspection.” 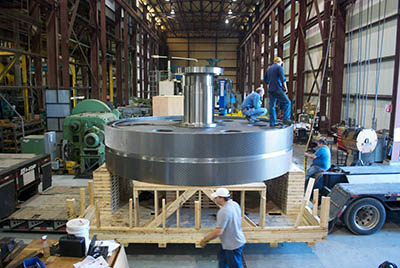 As the equipment is specialized, it surely follows that most of the gears it makes are “specialized” — or made-toorder — as well. Which in itself must also present its own set of hurdles, as Parke in fact confirms. As it happens, size not only matters — it complicates things. “Finding qualified raw material vendors, logistics, specialized and expensive machine tools, and general handling throughout the shop” is a challenge. The fact that very few manufacturers exist in the world today capable of producing gears of significant size and quality makes everything more difficult. Everything from finding qualified machinists to simply buying a new forklift becomes more and more difficult as size and quality increase.”


Off-Highway Business Still a Bit Off

By most accounts the collective U.S. heavy equipment industry picture continues on its bumpy path.

According to Brian Langenberg, our dismal science tea reader whose column — Global Industrial Outlook — appears regularly in our sister publication Power Transmission Engineering, “The stronger U.S. dollar is enabling Japanese machinery competitors to gain share in the Middle East and Latin America, and lower soft commodity prices translate into a continuing North American decline in demand for farm equipment. Increased Japanese construction equipment competition remains a negative for U.S. manufacturers. And in the long-suffering, crucial mining sector, things only get worse. “Mining,” according to Langenberg, is “not only awful, (but) may be worsening in the U.S. — given continued deterioration in coal fundamentals.

And in other heavy machinery, he reports “modest incremental demand from non-residential and residential construction markets, but more than offset by soft crane and agricultural markets.”

And last, John Deere, U.S. agriculture’s bell weather (65% market share), finds that its “sales trends are in the tank across every product area, and in particular with larger, high-margin tractors and highly seasonal combines.

Meanwhile, for the industry as a whole the wait continues for Congress to pass some semblance of a longoverdue national infrastructure bill, which would of course provide a muchneeded boost to the heavy machinery sector.

Not going to happen. Not during this Administration, at any rate.

With the 2016 presidential race already underway (in case you didn’t notice), much needed action on things like infrastructure repair will take a back seat to debate on red state-blue state issues like gay marriage, gun control, estate taxes and so on. Following are additional facts and figures, as reported by Reportlinker, Freedonia, Hoovers and Global Industry Analysts: 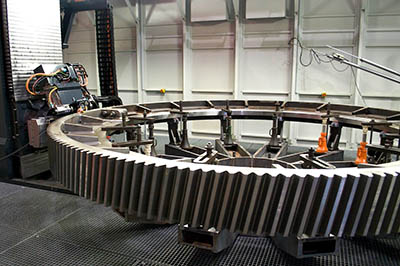 Market outlook. The US domestic construction equipment market has seen sales jump almost 60% over the past year. The rebuilding of rental fleets and increased exports in the utility, farming, manufacturing and mining sectors are driving sales higher. Equipment prices have risen just over 1% as production has not yet climbed back up to capacity levels. Prices for equipment and rentals continue to rise due to job site demand as the construction sector rebounds following a slow period caused by the economic downturn.

Construct ion equipment and machinery industry market. Global construction machinery demand is expected to grow at a yearly rate of 6.5% through 2015 to reach a value in excess of $170 billion, according to Freedonia. EU and North America equipment sales are forecast to rise after an unprofitable period between 2008 and 2010. Growth in other regions such as Asia-Pacific and Africa-Mideast is expected to slow through 2015 in tandem with construction and mining activity. 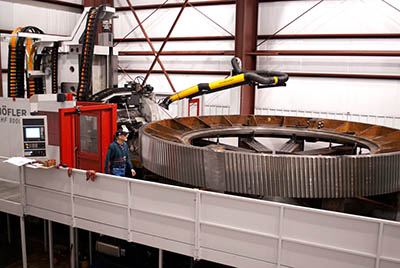 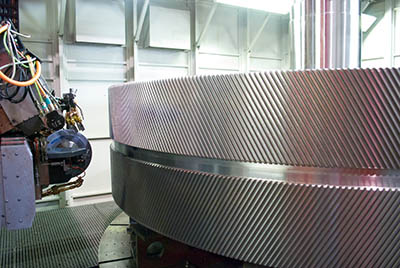 Market growth in terms of sales of excavators, loaders and cranes is forecast to accelerate through 2015. As economic growth picks up again after the slow 2008 to 2010 period, demand for heavy equipment will rebound. Greater investment in urban development - including construction across industrial, commercial and residential sectors - will buoy demand for draglines and cranes. Demand for loaders will also grow as mining output rises. Growing profits in non-building construction and mining will boost demand for excavators.

Jack McGuinn, Senior Editor, has a diverse, 20-year history in manufacturing, including management-level positions in quality assurance and testing; product development; marketing and promotion; and industrial journalism. He has been with Gear Technology since 2005. [10 years in the gear industry]