In addition to internal gear cutting, the MSS300 is also capable of cutting parts with restrictive geometries, such as stacked pinion gears. Many applications that would have been shaped or manufactured in two parts previously can now be cut with the super skiving process.

For high speed operation, a ring loader is integrated into the machine design and is available as an option. The MSS300 is easily interfaced to robotic, gantry type, basket or conveyer automation.

Deliveries of the new MSS300 will begin in the second quarter of 2017. The MSS300, along with the innovative super skiving tools from MHI have established a new benchmark in productivity and process quality. 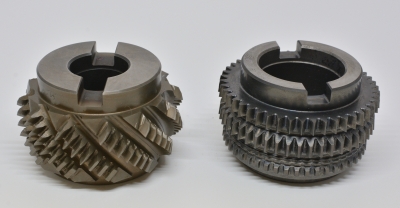