AGMA is happy to announce the publication of two new documents: AGMA 925-B22, Effect of Tribology and Lubrication on Gear Surface Distress, written by a subcommittee of the AGMA Helical Gear Rating Committee, and, AGMA 943-A22, Tolerances for Spur and Helical Racks, written by the AGMA Gear Accuracy Committee. 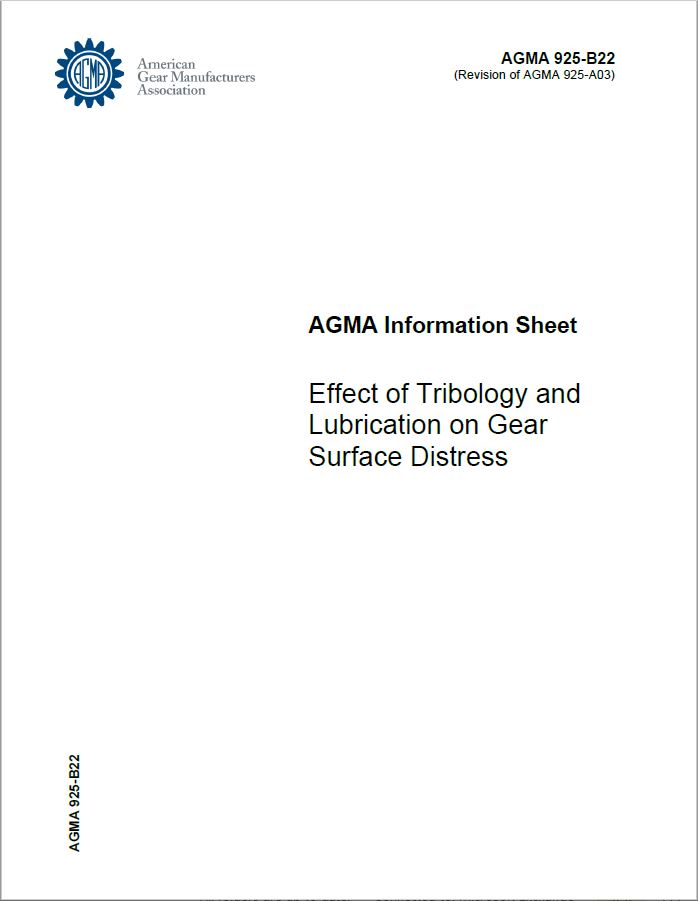 AGMA 925-B22 will be a valuable addition to the library of gear and lubricant engineers worldwide. When evaluating a gear design, a logical procedure would be to first calculate macropitting and strength capacity according to AGMA 2101 (or an appropriate application standard), then to use AGMA 925-B22 to determine the risk of surface distress due to lubrication and tribology. AGMA 925-B22 specifically considers the following four surface distress failure types, scuffing, macropitting (using lubrication regimes), micropitting, and wear.

AGMA 925 began as an Annex in the 1995 edition of ANSI/AGMA 2101. In 2003, it was made into a stand-alone document. Work on the now published “B” version began in 2015. The new edition has 106 pages, greatly expanding on the previous edition’s 51 pages. It provides more information on surface roughness and gear mesh lubrication. The calculations for gear mesh temperature have been pulled out of the scuffing calculations and placed into a new Clause 8 to assist with surface distress calculations for micropitting and scuffing. The central film thickness has been updated to include a thermal reduction factor as originally proposed by Gupta. Thermal Properties of Steels, given in Annex L, have been expanded using data from the ASM Handbook, Volume 1: Properties and Selection: Irons, Steels, and High-Performance Alloys, 10th Edition. The discussion of micropitting in 11.2 now includes a description and parameters for risk evaluation. Additional changes include clarifying diagrams and corrections from requests for interpretation that have been submitted to the AGMA Helical Gear Rating Committee. 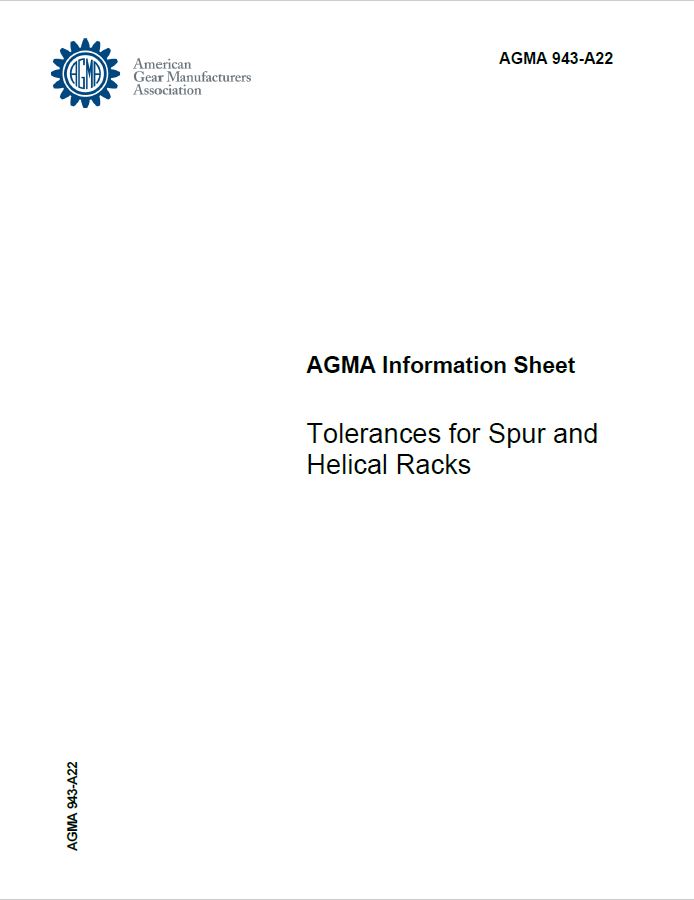 AGMA 943-A22 is the first AGMA publication to cover spur and helical rack tolerancing since the withdrawal of AGMA 390.03a in 1999, which is when the discussions to create this new document began, but the bulk of the work in writing was completed in the last few years. Racks are a commonly manufactured component by companies big and small. The goal of this document is to give those manufacturers — and all other stakeholders in the industry, such as designers, inspectors, and end-users — a common language to describe the quality of racks.