Management Summary
This paper introduces new process developments in low-pressure carburizing and carbonitriding using either high-pressure gas quenching or interrupted gas quenching. (In this article, the interrupted gas quenching method used is StopGQ®, a registered trademark of ECM.) Comparison of mechanical properties which result from each process will be discussed. The reader will discover how the optimization of carbon and nitrogen enrichment and the mastering of gas quenching can improve fatigue strength and impact properties.

Introduction
Increased performance requirements in automotive and other industries demand higher strength characteristics from components such as gears and pinions. Those requirements translate into a need for improved impact properties and fatigue strength. The technical solution to address the need for expanding the performance envelope has required the development and optimization of new processes.

Marked improvements in mechanical properties were found as a result of the optimization of both surface enrichment techniques and quench parameters. The conventional process, LPC + HPGQ + tempering, was used as a benchmark for all tests.

StopGQ Quenching Concept
Once a workload has been hardened or case hardened, tempering is necessary. Conventional high-pressure gas quenching looks to bring the entire workload to room temperature as rapidly as possible. Interrupted quenching involves halting the cooling process in the temperature range of 350–400°F (180–200°C) and introducing an isothermal hold (Fig. 1) in order to perform an “auto-tempering” step in the gas quenching cell, thus avoiding the need for subsequent tempering. Instrumented full-load trials of gears (Fig. 2) helped determine the correct time delay before initiation of quench interruption as a function of quench pressure. 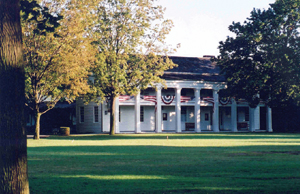 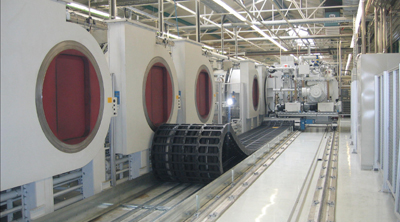 The principle of low-pressure vacuum carbonitriding is to alternate the boost/diffuse gas mixtures between hydrocarbon gas (propane or acetylene) and nitrogen or hydrocarbon gas and ammonia (Fig. 3). Processing pressure was equivalent to LPC—that is, in the range of 4–15 torr (5–20 mbar). Ammonia is added during the later boost/diffuse steps and during the final soak. The amount and duration of the carbonitriding steps depends on the depth and nitrogen concentration desired. 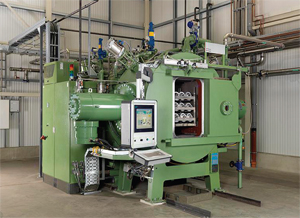 Trials (Fig. 4) were conducted on SAE 5130 (29MnCr5) pinions at 1,615°F (880°C), followed by direct quenching using 8-bar nitrogen. Samples used were placed in the top, center and bottom baskets of the load. Analysis of carbon and nitrogen content involved two different technologies: GDOS (Glow Discharge Optical Emission Spectrometry) to measure the nitrogen concentration of the surface to a depth of 0.0015" (40 ìm) and WDS (Wavelength Dispersive X-Ray Spectroscopy), accurate to a depth of up to 0.060" (1.5 mm). These techniques confirmed that the profiles using LPCN were equivalent to what was produced by atmosphere carbonitriding. 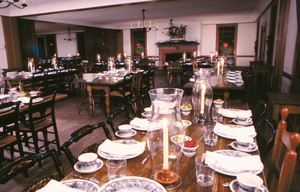 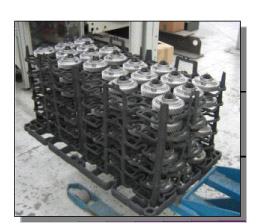 Hardness and effective case depth results (Table 3) achieved targeted values. This confirmed that there was no metallurgical difference to influence fatigue strength results.

One of the mechanical property tests employed was to determine impact properties. Impact samples (Fig. 7) were tested in a pendulum type impact tester at 50J.

The result of impact testing when compared to LPC + HPGQ revealed, as one might expect, a strong benefit of tempering on impact properties. Noteworthy is the improvement over LPC + HPGQ achieved by interrupted quenching or by LPCN + HPGQ. These results indicate that additional testing is required to optimize results. The use of LPCN + HPGQ with StopGQ quenching (Fig. 8) resulted in impact values exceeding those of LPC + HPGQ + tempering. 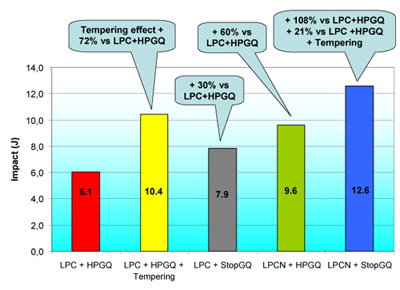 Figure 8—Improvement of impact properties over LPC+HPGQ by process.

Another mechanical test employed was that of rotating bending fatigue involving a notched sample geometry (Fig. 9). The test was run for 1 x 107 cycles.

The results of rotating bending fatigue testing (Fig. 10) indicate all of the new processes improve strength values over those of either LPC + HPGQ or LPC + HPGQ + tempering. 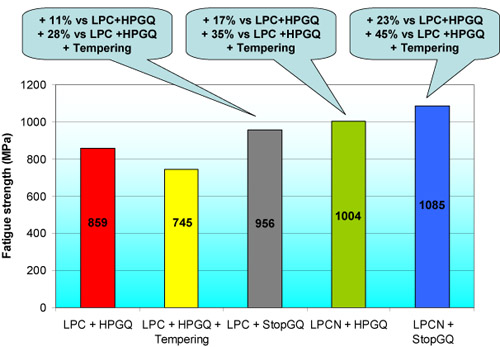 Realized Objectives
An improvement in fatigue strength was realized using the “auto-tempering” effect achieved by StopGQ quenching. The effect of nitrogen present in the surface layer of LPCN parts was revealed in higher impact and fatigue strength values (Fig. 11). 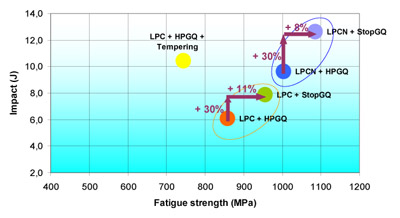 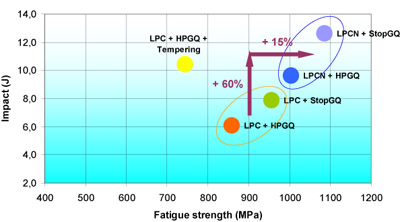 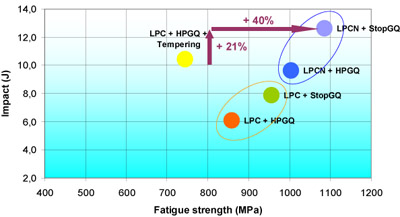 Dilatometry studies (Fig. 12) showed less contraction with an interrupted quench compared to direct high-pressure gas quenching. During the StopGQ quench, quadratic martensite is transformed into cubic martensite plus å carbides, resulting in an automatic tempering effect. This was demonstrated by rupture analysis (Fig. 13), which revealed higher ductility in the core of the material processed with LPCN + StopGQ quenching. 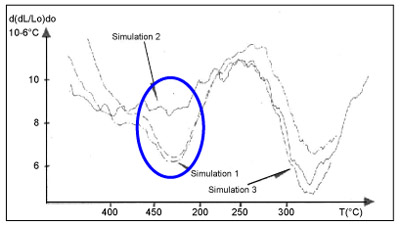 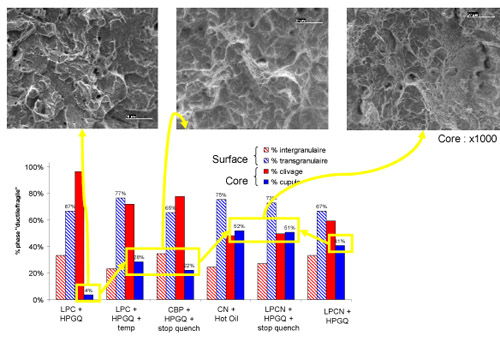 Scanning electron microscopy (SEM) analysis at 3,700X comparing LPC and LPCN microstructures found fine precipitates of carbonitrides in the latter, which are believed to have a strong influence on fatigue strength (Fig. 14).

These trials allowed the following conclusions to be reached:

• Conditions were established to predict and control carbon and nitrogen concentration profiles.

• The metallurgical parameters which act on resistance in fatigue inflec- tion of gear teeth for a fixed hardened depth were better under- stood.

Future Studies
Future research and development efforts will target further understanding of the role of nitrogen on mechanical properties. Those efforts will include microstructural analysis of grain boundaries to determine if the grain size has been refined. In addition, further optimization of the influence of StopGQ quenching temperature and hold time will be investigated.

Acknowledgment
The author would like to thank Ascometal for their assistance in the testing and evaluation of certain technical results presented in this article.

Aymeric Goldsteinas leads the Prospective and Innovation team at ECM in Grenoble, France. Acting as liaison between R&D and sales, he demonstrates ECM’s technologies to customers worldwide. He began with ECM in 1998 as an R&D engineer and helped to create the patented Infracarb process with acetylene. He has also helped develop and patent several other heat treating processes, including low pressure vacuum carburizing and high pressure gas quenching processes. Goldsteinas holds a bachelor’s degree in life sciences and a master’s degree in science and technology.