Home » Manufacturing Jobs Are There - Workers to Fill Them ARE NOT

Manufacturing Jobs Are There — Workers to Fill Them ARE NOT

And DMG MORI is doing something about that

This job skills dearth is quite the slippery slope, i.e. — while machinery/tooling manufacturers are beating the bushes for qualified machinists to build their machines for their gear-making customers, gear manufacturers are likewise constantly in search of qualified personnel to operate the machinery.

It is a two-part dilemma that continues to stump and bedevil manufacturers, with no overnight solution in the offing.

DMG MORI has been busily at work trying to make a difference in that regard. Realizing that there were no quick fixes to this problem, DMG MORI sucked it up and decided to do it themselves. Their work in that regard thus far was one of the presentations at the recent DMG MORI Innovation Days Open House event, held at their Hoffman Estates location just outside of Chicago.

But before talking about the good stuff, here comes the bad-tasting medicine to give you some perspective on just how dire this skills shortage dynamic has become. Now, open wide…

Many feel that the reason the unemployment needle is not moving much in manufacturing can be attributed to bullet point two above; i.e. — the jobs are there, but qualified candidates to fill them are not. Following is a dismal object lesson illustrative of this statistic: 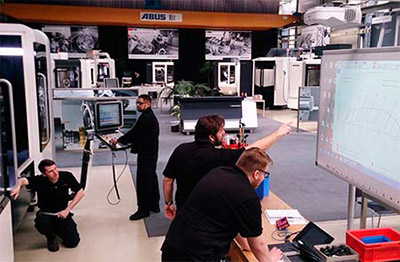 A CEO of a metalworking company in Northeast Indiana was in need of 100 skilled workers.

The bottom line? A search for 100 skilled workers netted only one viable addition to its workforce. (SHRM)

No wonder we are finally witnessing a push for STEM (Science/Technology/ Engineering/Math) courses in the schools as a belated but critically needed recognition of the fact that our elementary and high schools need to forcefeed, if necessary, these disciplines to students — sooner than later. In today’s brave new world of manufacturing, the sophistication level of worker skills that this coursework imparts is essential for any jobseeker.

And should you be a STEM-scoffer, check out these grisly facts comparing U.S. student skills with those of 21 other countries:

And yet the fact remains that if anyone seeks a career in manufacturing, they will have to be proficient in the areas targeted by manufacturers. Here’s hoping our young people will step up, because it is a STEM future, and here are some impressive numbers backing that up: 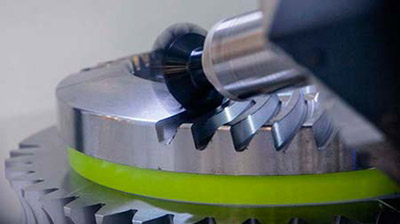 Richard Templeton, chairman, president and CEO of Texas Instruments, would certainly like to know. “In Texas alone, the economy is poised to add nearly 760,000 STEM-related jobs within the next four years. Nationally, demand for scientists and engineers will increase four times faster than for all other positions over the next decade.” (Source: Dallas Morning News, July 2014)

Societal issues are at play as well. But this one — the shrinking of middleclass America — seems to be one of those “can’t see the forest for the trees” scenarios. For those paying attention, like the clichéd slow train wreck, we see the disappearing act right before our eyes, yet do nothing.

Put another way, “The erosion of the middle-class has made it hard to fill open jobs requiring more education and training than a high school diploma but less than a four-year college degree. (Source: “Bridge the Gap: Rebuilding America’s Middle Skills,” SHRM Magazine Dec 2014.)

What to do? One suggestion:

“Policymakers and other stakeholders will need to shift the conversation from one of educational attainment to one that acknowledges the importance of skills. (SHRM Study: “U.S. Millennials’ Skills Don’t Match Education”)

Infinitely easier said than done. Only 20% of those polled believe “the school system in my community encourages students to pursue careers in manufacturing. And, only 35% say they would “encourage their child to pursue a career in manufacturing.” (Deloitte and the Manufacturing Institute)

All of which brings us back to DMG MORI’s own problems with finding qualified help. They eventually determined there were only two options available to them in adding necessary skill sets to their workforce in the short term, i.e. — hire from the current workforce and/or “grow your own.”

Finding themselves in the same leaky boat as manufacturers all across the country, they chose the latter — and in a meaningful way.

“The decision to move forward with our own service and apps engineering training/development programs occurred after the company conducted a series of nationwide recruitments, but could not identify candidates with the basic skill sets for those positions,” says Bill Gaeth, DMG MORI lead, apprentice program & online training customer interface.

“An apprentice must also complete shadow training with an experienced employee and a regime of factory training. The programs are competencybased, but usually take an apprentice two to three years to reach the level of competency we look for to graduate from the program,” Gaeth explained.

Seeing the DMG MORI programs in operation, one wonders why more companies are not doing this. Is it a matter of won’t or can’t with them?

“It is more ‘can’t’ than ‘won’t,’ stated John Roufis, Manager of Technical Instruction “because, for the most part, our customers don’t have the resources to provide the machine-specific training they want their employees to have.” 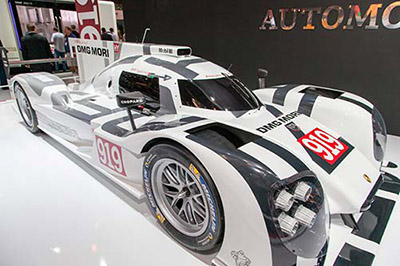 “And so,” Roufis continued, “the DMG MORI Academy is set up to provide training that their customers require because we have the equipment, the instructor staff, and the facilities to train their employees.”

Jack McGuinn, Senior Editor, has a diverse, 20-year history in manufacturing, including management-level positions in quality assurance and testing; product development; marketing and promotion; and industrial journalism. He has been with Gear Technology since 2005. [10 years in the gear industry]